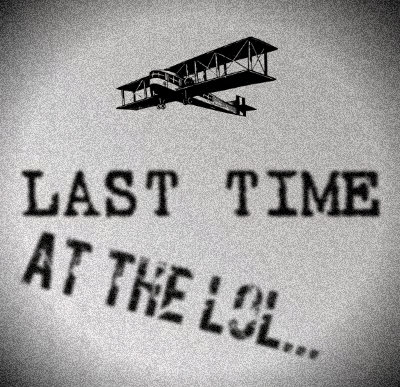 As promised, here is the fourth and concluding part to Cade’s latest missive. Take your time reading it…

^Germany vs Austria: Christop Waltz on the difference between Austrians and Germans^

…I just think it important to at least keep perspective(s) in mind. Without the matter and the markers it provides you and your endeavors, what else is there? I mean, you’re gonna be firing that LHC up again soon, you’ve got some weird Carbon atom you are chasing, God only knows what else you are chasing nor what the other accelerators of the world are currently up to. You think it a good idea to maybe keep an open mind? You are being watched afterall.

^ROYKSOPP – What Else Is There (trentemoller remix)^

Sorry, just been thinking about galactic coordinates a lot lately. Whilst doing so, I had a thought pop into my head that was so stunning, I couldn’t help but be the slightest bit floored by it. It wasn’t anything I was looking for really, just kinda…found it.

Imagine for a second, that there are indeed multiple universes, but there are only three.

UNIVERSE 01: everything is governed.

UNIVERSE 02: nothing is applicable.

UNIVERSE 03: anything is possible.

In the second universe, nothing is applicable therefore “nothing goes”…

Time may exist in this realm, but it’s not applicable. Energy may exist here, but it doesn’t do anything. If you keep your contextual observer hat on, these concepts may not be so difficult to grasp,as any deviation from the established rules are contextually irrelevant unless you yourself observe/witness any such deviation. However, this is impossible since you are well aware that nothing is applicable here, not even deviations.

In the third universe, anything is possible therefore “anything goes”…

For example, it would be possible for you to kill your worst enemy and suffer no consequences yourself, leaving you completely free to continue your murderous rampage unmolested. However, since anything is possible, it is possible that your worst enemy has a destiny to fulfill, therefore, cannot be killed, or at least until that destiny has been fulfilled.

So we’ve got, everything, nothing, anything + governed, applicable, possible.

Sounds promising, eh? I mean, even nothing, is something.

This stems from a conversation that I had the other day with a certain someone about Einstein-Rosen bridges/wormholes, but this particular conversation was more about portals.

To relate, Morgellons was mentioned in the conversation, and I assume it was mentioned since I personally have espoused a notion that Morgellon’s is not a disease in and of itself, but rather an indicator as to other things that are going on. I got to thinking about threads and threading with respect to layered universes and membranes/branes, and it got me to thinking about this idea of stacked universes that I’ve been chewing on for a while. The model I’ve been seeing doesn’t work. It’s there and it is working, and it has an infinite number of universes of varying colors that bounce around and interact with each other, but I cannot see how the entirety came into being, therefore it is unexplainable to those who would want to know where it came from.

I can tell you how new universes are added, but I cannot tell you where the others came from. Hence, I tend to chalk the whole mess up as “it doesn’t work” even tho it actually works just fine.

I admit that I personally am still at quite a loss as to why people piss in their pants so much over the multiple-universes models except to chase the multiple-realities angles. You fucked up here, but hopefully, one of you got it right somewhere, eh? But if one of you gets it right, does that mean the rest of your iterations must get it wrong? Is there any cascading that takes place? Like, if one gets it wrong, everyone gets it wrong?

Q: Why would you ever need more than you need?

There are those that would likely say not to address such a thought “prior to” a universe building endeavor would be foolhardy. If you don’t think of everything prior to creation, there is a lot to be lost if the universe collapses because of some oversight or lack of forethought. I mean, just on this planet alone, you’ve got billions of people plus countless other lifeforms currently going about their day-to-day that could be instantly blinked out of existence because of the failure of some universal constant…

As a result, we have to think of everything before getting started since we don’t want that kind of blood on our hands. As a result, I created three universes, and connected them via some really tiny threads.

Actually, this is kinda backwards in that I created three universes based on chasing a wormhole to see both A) how it was created, and B) what sustains it. I’ve chased aggregate energies for a while now, and as I looked at what was creating this “hole” I saw three separate realms that muddied themselves in a temporal paradox of sorts, to create this pathway that led to a whole lot more than just some single place. But maybe that’s because I was more interested in the makeup of the pathway itself, and not so much concerned with where it led from and to.

We put a lot of emphasis on being able to immediately and accurately identify things. We prepare ourselves, well in advance, for any and all potentialities. Prolly why some deal with adversity so poorly, and also likely as to why many are so easily conned. You’re looking for the con, and get confused when you cannot identify it. Your conclusion? It’s not a con. It’s legit.

I saw a vid recently that put forward the notion that “multitasking” is a myth, and it is impossible to do more than one thing at once. Welp, if you are getting ready for a date where you will be going out to eat dinner, going to a play, then to a bar, then hope to get laid afterwards, aren’t you in effect multitasking?

Now, I’m gonna skip the biological processes that are going on in your body to get ready to eat, absorb a play and drink some booze, all whist schmoozing your date so you can get into his or her pants, but there are some overlapping things going on there, and they are going on all at the same time. Like say, a bunch of soap bubbles that represent all of these independent goals, and all of these bubbles are bouncing around in a larger bubble. That larger bubble represents you and your happiness and serenity at being able to pop all these smaller bubbles in a way that is pleasing to you.

Afterall, if the dinner is shit, the play is canceled, and the bar is closed, do those bubbles pop? Or do they float around unfulfilled? Even if you still get laid, all that other crap is…

Do you still want to see that play? Were you wanting to hang out in a bar and have a few drinks? Are you still hungry? Still lost at where I’m going? Maybe we should hook up and get naked/freaky.

We could discuss it further

^’I FINK U FREEKY’ by DIE ANTWOORD (Official)^

I mean, I may wanna fuck, but I prolly have to take my pants off to do it.

How do you propose that I purpose to do certain things?

Are you suggesting that everything is sequential?

More than that, sequentially singular?

I wonder if these people had any idea that they were in for what was probably the ride of their lives? You can bet that the flight crew may have had an inkling something like this was in store before the aircraft ever left the ground. The controllers likely knew the aircraft was headed into trouble before it actually got there.

You’re just gonna have to learn how to be stumped, and stumble on despite this “not knowing” that veils your head like some foggy halo bent on blinding you. Maybe you are viewing this finite life as something you’ll never have if you don’t grab it right fucking now. Just keep that in mind when and if you’re dealing with the boredom tomorrow.

There’s always time. If there wasn’t, we wouldn’t be having this conversation.

Just because you personally can’t do something doesn’t mean it’s impossible. You’re playing the percentages ENTIRELY too much. Consensus rule means precisely fuckall if no one adheres to it, or it’s based on a fallacy, or any of a number of other reasons. Everything that you omit, was required in order for you to have the power to omit it in the first place.

You have “the omitted” included in a vote, only to be further excluded because “the established included” don’t like being omitted. There’s some twisty and snakey shit going on over there, and its confusing as shit if you take the time to think about it.

Meh, just say I don’t know what I’m talking about, and stop reading…right…about…now.

You didn’t really think that I was gonna stop gabbing, did you?