For her upcoming trip to New York, Sister Juju has bought herself a pair of shoes. 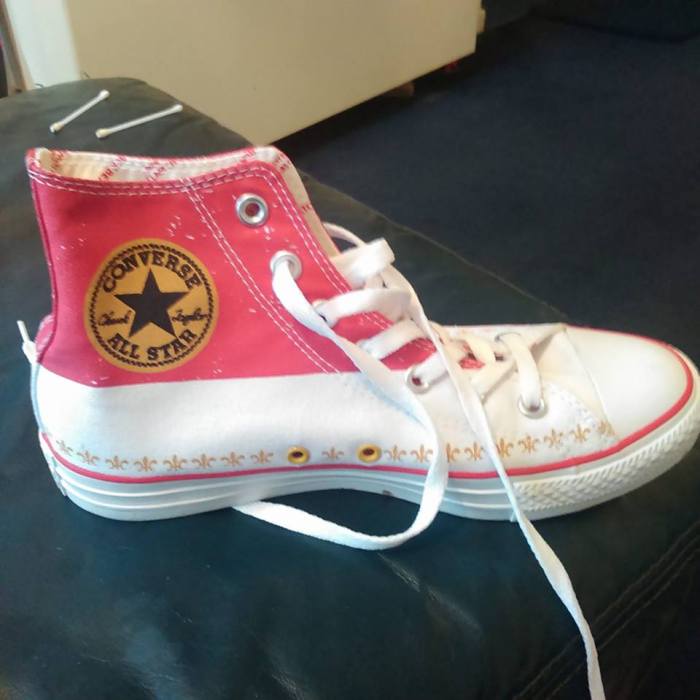 converse (adj.) “exact opposite,” 1560s, from Latin conversus “turn around,” past participle of convertere “to turn about” (see convert). Originally mathematical. The noun is attested from 1550s in mathematics. Related: Conversely. 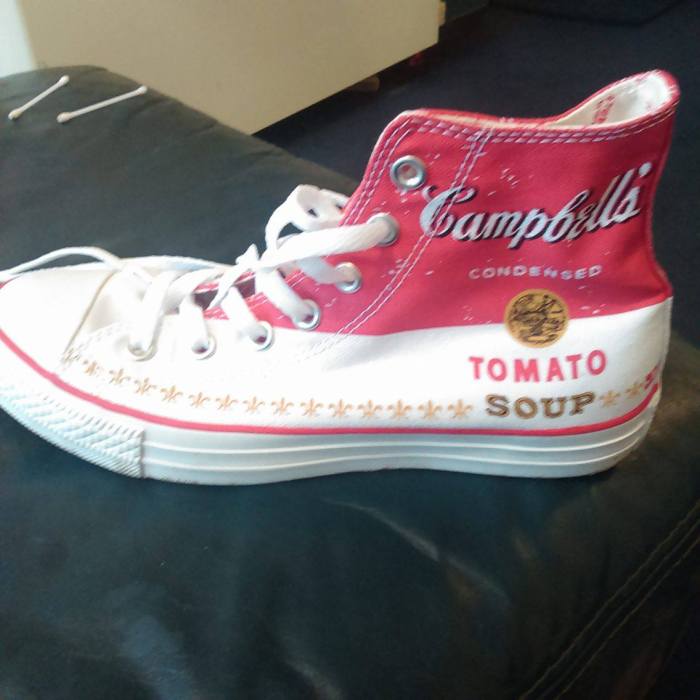 *Both! /Claps hands… Okay you start*

*That reminds me, the smiley face badge – Thoughtful Man and I watched ‘Watchmen’ the night before last. Now that was extremely dark… I feel-good romp if ever I saw one.*

*DB’s first hit song, but you really don’t have to slow down on my account, Clicky. Cheek!*

*Yes, he smoked. Do you know, some fuckwits believe that was what killed David Bowie? Even though he’d done their ‘right thing’ and given up.* 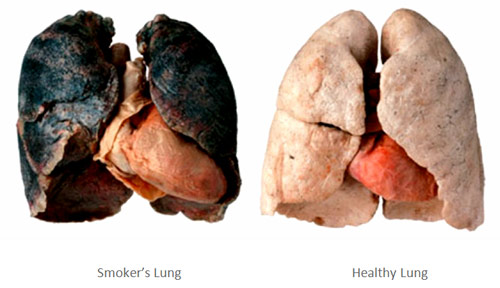 *Painted black on the inside… well, that’s the world we live under now, Clicky… he did rather predict it…*

“Actually, I want to say a few things on the album.

“Like, ‘Right’ is putting a positive drone over. People forget what the sound of Man’s instinct is – it’s a drone, a mantra. And people, say: ‘Why are so many things popular that just drone on and on’. But that’s the point really. It reaches a particular vibration, not necessarily a musical level.”

And that’s what ‘Right’ is…

“Oh, alright … let’s talk about the rest of the album. Very decadent this is [laughs]. ‘Somebody Up There Likes Me‘ is a ‘Watch out mate, Hitler’s on his way back’… it’s your rock and roll sociological bit.

“And ‘Across The Universe‘, which was a flower power sort of thing John Lennon wrote. I always thought it was fabulous, but very watery in the original, and I hammered the hell out of it. Not many people like it. I like it a lot and I think I sing very well at end of it.

“People say I used John Lennon on the track … but let me tell you … no one uses John Lennon. John just came and played on it. He was lovely.

“‘Can You Hear Me‘ was written for somebody but I’m not telling you who it is. That is a real love song. I kid you not. And the end of the thing is ‘Fame‘ which was more or less sung about what we’re doing now.”

*Back to the other side of Juju’s shoes, Clicky? Yes, well currently things are looking rather ‘in the soup‘ /titter… *