*The pinnacle of Python, Clicky…/pats snout… Funny with a cutting social commentary that is just so fuckin’ timeless. It’s one of my favourite flicks…*

Dear Reader, I’m on the second of two consecutive long weekends. Ostensibly, I’m using up the last of my 2019 annual leave to squirrel myself away, and write a story for the next Underdog Anthology…

*No, knot that Caroline. I still have no idea who that bint was, Clicky… /drags… ‘cept she was pretty handy with a lamp…*

Brighton MP @CarolineLucas is under investigation by the Standards Commissioner over alleged breaches of House of Commons rules, we can reveal – read the full story here >> https://t.co/WEUVvcUekE

*No, no, knot Awful Eyebrows either… /snorts smoke… Seriously, did you even read ‘Caesar’s Were-Wife’, Clicky? …/squints…*

…But instead indulged in a spot of lengthy remote viewing with my Texas chum, the Okie Devil, Cade Fon Apollyon. From the ‘Golden Age’ of BBC drama, we took in a tale of boundless ambition, glory, lust, incest, cruelty, insanity and murder. Lots and lots of murder…

*That was a sesh anna ‘arf… /flicks ash… Dunno if it’ll help me with developing my UAXI story though, Clicky…*

So Priti, @patel4witham
Who’ll fill the coronation chicken sandwiches?
Who’ll dig cauliflowers out of freezing muddy Cornish fields?
Who’ll wash the hospital bedpans?
Who’ll clean our offices at night?
Who’ll feed, bathe and care for our most vulnerable?
Asking for a friend…

*An’ how’s an unpleasant Limp Dim, with a predilection for slavery, meant to help me write the story, Clicky?*

*Ah…/stubs butt… I fink that calls for a Song…*

*I meant for the end of the post, Clicky… /rolls eyes…*

… So for this long we kenned, Dear Reader, I’m gonna start writing ‘The Hides of Marchway’, and I’ll be back when it’s finished. Have a Song 😉 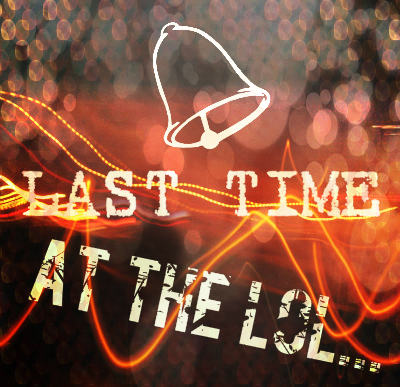 ‘mid-14c., “a ringing of a bell” especially as a call to church service, generally considered a shortened form of appeal (n.), with the notion of a bell that “summons” people to church (compare similar evolution in peach (v.)). Extended sense of “loud ringing of bells” is first recorded 1510s.’

In the end, Dear Reader, I didn’t write a post yesterday… 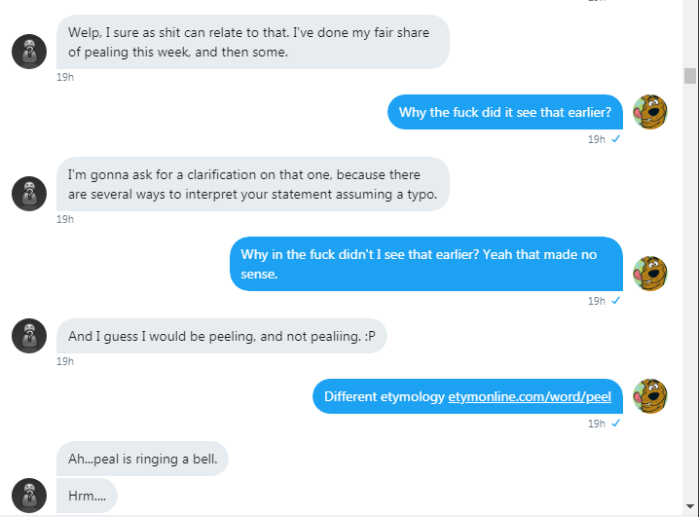 … It was far too late in the day for me to start shambling the second talk from Lashy, as intended… 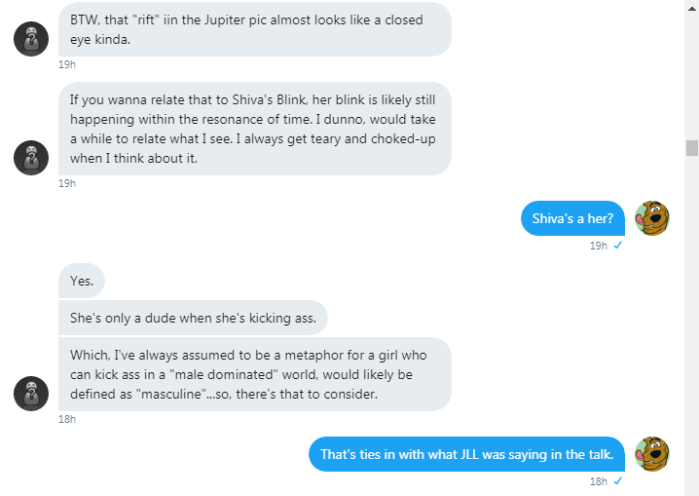 …So Cade and I watched Gladiator together instead, Dear Reader. I’d only ever seen the movie once before; Thoughtful Man is allergic to it. I’d quiet forgotten about the talismans…

…of the avenging General Maximus…

… And his final words…

My surgical wounds are healing quite nicely, Dear Reader, so I’m back to work tomorrow. Now the insufferable heat has finally broken, perhaps conditions in the office won’t be too uncomfortable…

I do understand that these last three posts have been somewhat dense, so if you don’t have the time – or let’s face it, the inclination – to listen to any of the John Lamb Lash Gnostic talks, the bare bones of Goddess Sophia mythos are laid out as follows…

The complete scenario can be summarized in nine episodes:

1. A singularity, the potential for a unique divine experiment, emerges in the galactic center (Pleroma);

2. Two divinities (Aeons) in the galactic core, Sophia and Thelete, configure the singularity into the Anthropos, i.e., they encode template of the human species;

3. The divinities of the cosmic center collectively project the Anthropos into the galactic limbs where it can emerge and evolve experimentally in many worlds;

4. Fascinated by the possibilities of the human experiment, and compelled by a desire to be involved in it, the Aeon Sophia plunges from the galactic center;

5. Sophia’s solitary and anomalous act (“the fall of the wisdom goddess”) sets off a bizarre side-effect on elementary matter in the galactic limbs, producing the Archons, an inorganic species with a hive mentality that proceeds to construct a planetary system under the direction of a reptilian overlord, Ialdabaoth;

6. As the densification of Sophia’s energies assumes a globular, planet-like form, eventually to become the earth, a newborn sun (the Mother Star) emerges from a nebular cloud in the spiral arms and churns the chaos of the proto-planetary disk into a system of centralized orbits. The terrestrial globe becomes captured in this system of celestial mechanics. The Mother Star affects a “structural coupling” with the unique planet arising from Sophia’s metamorphosis of Sophia, so that the two bodies, sun and earth, will be symbiotic;

7. Sophia, originally a mass-free current of living luminosity, gradually solidifies into the earth, morphing into the elements of terrestrial habitat. In a final definitive condensation of Sophia’s energies, the terrestrial globe secretes the moon like a massive pearl, thus completing the three-body system, earth-sun-moon with special properties distinct from the rest of the solar system;

8. Observing that Sophia cannot manage the prodigious explosion of biological diversity she produces, the divinities of the galactic center send the Aeon Christos to configure and coordinate the instinctual life-plans of her progeny. This is the Christic intercession;

9. With the full metamorphosis of Sophia into Gaia, the living earth, humanity emerges as a unique part of her experiment but without knowing how it is so. Thus, the “mistake” of overriding cosmic boundaries leaves Sophia in a dilemma regarding how to achieve her “correction,” that is, the coordination or harmonization of her experiment in the galactic limbs with its origin in the galactic center.’

See you in August, Dear Reader, and… Have a Song ❤

A tweet caught my attention this morning, Dear Reader…

*That’s a concise little video, Clicky… /lights up… Thanks for pulling it out… /drags… I’d only heard of Jeff Buckley for the first time in the Blue universe… *

…I was intrigued to what they were up to now, so I decided to go and have a look at the “so sad and utterly depressing” article for myself…

‘My current favourite dinner item is Iceland’s hash brown fries (seriously, try them), dipped in mayo (I never said I was classy).

‘Now, I’ve got two ride or die vegan mayos – Plamil’s garlic mayo, and Vegenaise (only if it’s on offer, because it’s hella expensive) but my eye wandered today when I discovered that there’s a new mayo in town.

‘And it’s made from waste water from the hummus industry.

‘Yup, Rubies in the Rubble mayo is made using aquafaba – the water drained from tins of chickpeas and other legumes. It translates from Latin as ‘bean water’.’

*Mmm… I like hummus, Clicky… /taps ash… And I like mayo… /puffs… especially with ham… /smacks lips…*

… I confess, Dear Reader, when I read ‘chickpea’ in the article, Cicero sprang to mind…

‘Cicero’s cognomen, or personal surname, comes from the Latin for chickpea, cicer. Plutarch explains that the name was originally given to one of Cicero’s ancestors who had a cleft in the tip of his nose resembling a chickpea. However, it is more likely that Cicero’s ancestors prospered through the cultivation and sale of chickpeas. Romans often chose down-to-earth personal surnames. The famous family names of Fabius, Lentulus, and Piso come from the Latin names of beans, lentils, and peas, respectively.’

… Roman Beans, Lentils and Peas, all vegan staples, but what is ‘aquafaba’? Back to the offending article…

”Of course, using aquafaba to make mayo isn’t new – the aforementioned vegan mayos use aquafaba from soy beans – but Rubies’ aquafaba is a byproduct of the hummus industry.

‘‘We were inspired to get back into the kitchen after we saw a vegan foodie blogger was making gorgeous looking meringue with aquafaba, saying it performed just like egg whites,’ says Rubies co-founder, Jenny Costa.’

*You just had to bring it back to physics, Clicky… /rolls eyes… *

*Yeah… /pats snout… I don’t understand it either… /final drag… Shall we wrap this one up?*

*Oh fuck! Well that’s even more of a reason for hummus producers to sell their been water to the vegans… Waste not, want knot…*

Apparently, we are in the midst of a great ‘Chickpea Crisis‘, Dear Reader…

‘The price of popular brand Me Too! has gone up by 12p for a 250g pot and 19p for a 500g pot. But the makers say the price rises have been down to the supermarkets.’

Whoa! Brand #metoo is getting kinda pricey. I think we need a Song 😉

It’ll be the Chinese New Year in a few days time, Dear Reader…

I guess this post should start with a Twitter DM convo with Poppy SweetPea, who gave me a story idea for ‘The Underdog Anthology 2: “Rise!” *…/SOBs…*‘…

The Easter edition won’t have a subtitle, that’s just my own fancy. Like I had for the first… 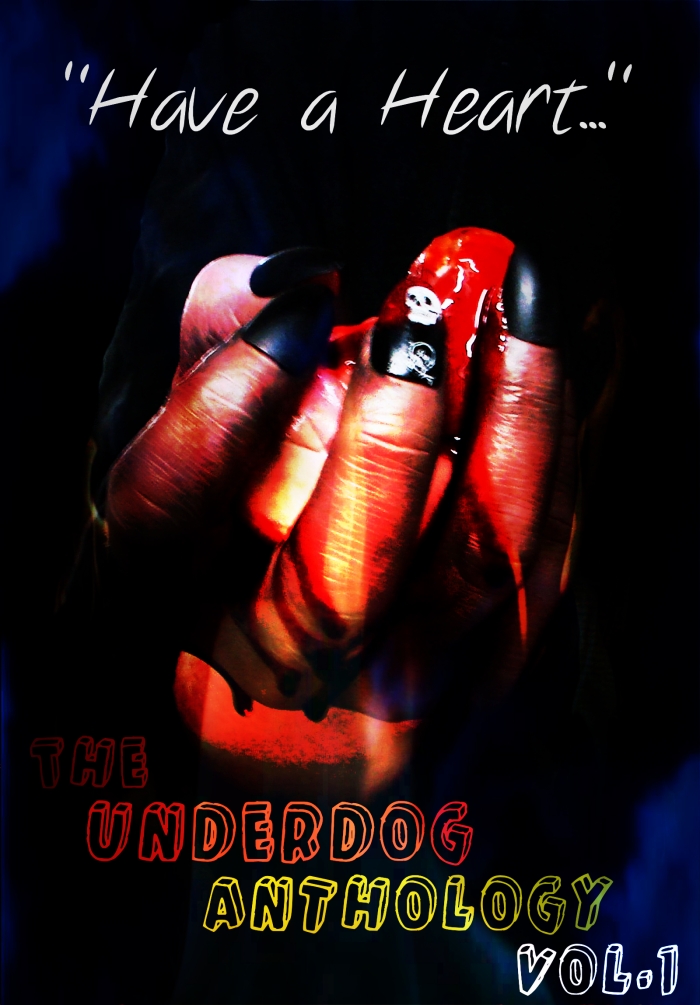 Anyhoo, I hadn’t given any more thought to Poppy’s ‘Killer Sheep’ suggestion until I read a comment by Elena yesterday evening, over in the Red Universe…

So I looked up ‘The Ides of March‘…

The day was enthusiastically celebrated among the common people with picnics, drinking, and revelry. One source from late antiquity also places the Mamuralia on the Ides of March. This observance, which has aspects of scapegoat or ancient Greek pharmakos ritual, involved beating an old man dressed in animal skins and perhaps driving him from the city. The ritual may have been a new year festival representing the expulsion of the old year.

And read elsewhere about his possible scapegoating…

Hang on, I thought, bust… 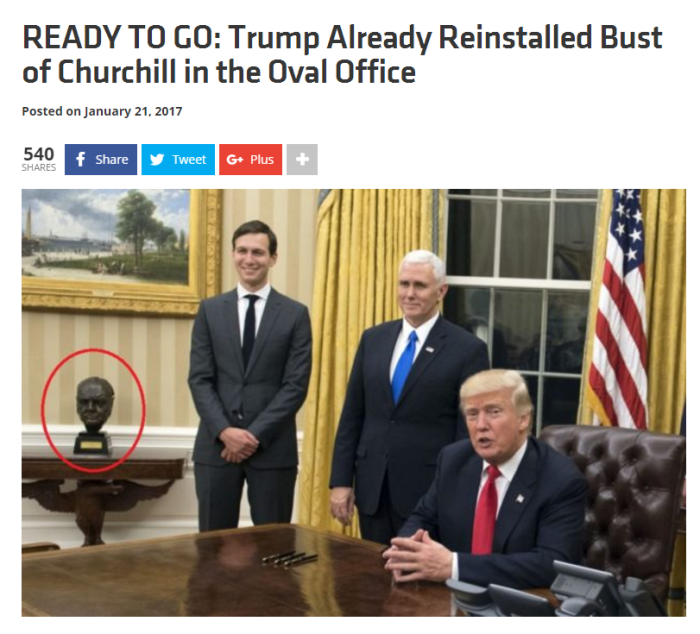 Fuck me, I thought, shiny Churchill… 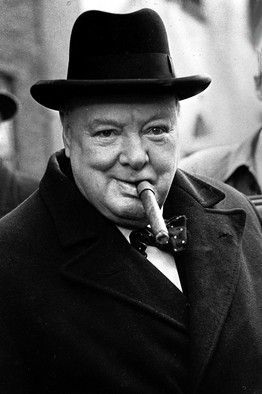 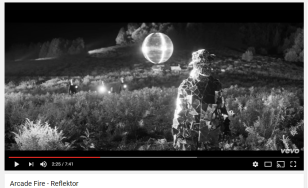 This morning, Frank Davis of the Blue Universe was ‘reflecting‘ on a smoking and drinking politician, the first from the UK to meet with the Prez (then elect)…

“I was especially pleased at his very positive reaction to the idea that Sir Winston Churchill’s bust should be put back in the Oval Office.”

Then to my surprise, I was advised to ‘Chill Winston’ by one of my favourite trolls in the Yellow Universe today

@RooBeeDoo1 @OwenJones84 @LouiseMensch @CadeFonApollyon I used his poor number of followers to highlight how many would agree with his stupid answer is all. Chill Winston

*Yes, I saw what you posted to Highlander, Clicky… /rolls eyes… ‘sheep’s in wolves clothing’… *

Whilst back on The Underdog’s site…

… Dan had commented on the sexual proclivities of sheep…

*I think that’s meant to say ‘conspiracy‘, Clicky… /lights up…*

I think I’ve may have worked out my Easter Anthology story, now, Dear Reader. So until the next time, have a Song ❤