Dear Reader, the first part of this missive experiment is here and here…

*Right.. /squint… And which of those two is meant to be Cade, Clicky? …/doubles down on squint…*

Welp, if you are a shitty parent like me, you’ve prolly turned your kids loose on The Internet at some point. You may have even been anxious to do so.

You may have encouraged them to get on to The Web, and see what’s out there. Reality is going to come crashing in quickly tho. Before you know it, you’re running so goddamn much “anti-this” and “anti-that” software on your computers, that you begin to question if all this bullshit is worth the hassle.

Automation is doing the same shit that we would do, except you’ve given your proxy for the automation to do it for you. So…who is to blame when the automation fucks up?

That wasn’t such a long walk now was it? Back on gender tho, if you assume that you’ve no fucking clue if “HotChick1234” is actually a girl or not, you’ll prolly do better when navigating The Web. That said, I’ve got a question for you…

And what’s with that “1234” bit? Does that actually mean something?

It would seem that there are a lot of hot chicks running around out there.

On The Internet, why do you care if someone is male or female? Are you trying to get laid? Trying to be popular? Trying to say all the right things, to the right people, under the correct conditions? We aren’t that far from “RL” as you might think.

In fact, there is little to no difference between “life on The Web” and “IRL”. It, The Web/The Internet, is part of life.

Do you tolerate someone calling you on the telephone and breathing heavily into the phone? Then why would you expect someone tolerating you querying them on The Internet as to whether they are female or male? Many websites and/or web services have profiles where a user can choose to make the distinction if they so choose.

We want something static and concrete. You want to know. You want anything and everything to flow within your particular life, according to your own needs and wants. That doesn’t leave much room for much else. So…where do we fit in?

Did that question just get quasi-answered? If so, now all we gotta do, is figure out what to do about it.

Someone takes a beating.

Terrill: Lots of work to do down in Texas.

Fletcher: We get Josey Wales and it ends.

Not fair…eh? Someone who takes a beating, is supposed to be beaten, and remain beaten…right?

They aren’t supposed to get back up and keep going, because they are just going to keep doing the same old shit, and will require another beating.

Are they supposed to die?

Fall off the planet?

Go live in a cave?

Maybe if you weren’t out looking for people to beat on, you’d stop finding people to beat on. The laws of averages say that you are going to get it wrong eventually…right? Suddenly…you are the one that needs a beating. But it’s OK, a beating/beatings make everything OK…so it’s OK. Nothing to worry about. Nothing to see here. 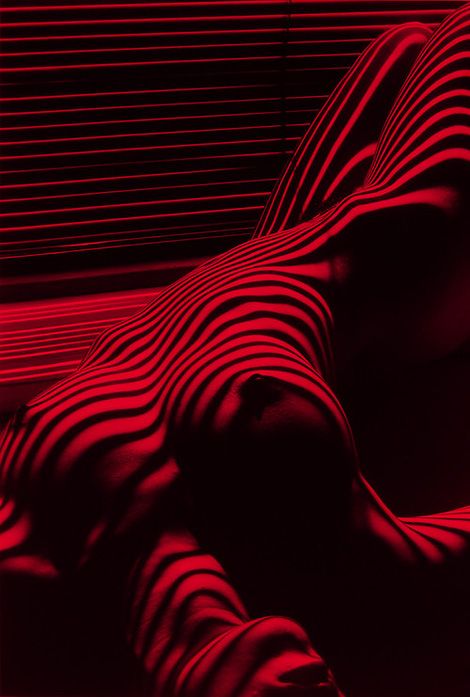 Lemme guess…those who forget the lessons of history, are doomed to repeat them?

But before you set out designing that ‘bigger and better’, you may want to think about some variables you may, in fact, be missing. To make it easier, lets take a peek at the more obvious stuff that is missing.

That’s been in the news this week, so we’ll start there…

Recent historians have suggested figures of between 5,000 and 13,000 for Harold’s army at Hastings, and most modern historians argue for a figure of 7,000–8,000 English troops. These men would have been a mix of the fyrd and housecarls. Few individual Englishmen are known to have been at Hastings; about 20 named individuals can reasonably be assumed to have fought with Harold at Hastings, including Harold’s brothers Gyrth and Leofwine and two other relatives.

OK…so…no one is sure how many soldiers there were, let alone, if there are accurate figures as to how many died.

Are bodies of 10,000 lost warriors from Battle of Hastings buried in this field?

That said, there sure weren’t very many names in that list of soldiers. I wonder if these poor schlubs even had names? Does it matter? Or are they just…aggregate.

Tomb Of The Unknown Soldier (Arlington)

I gots no answers. But I’m indeed trying to figure shit out as much as anyone. I’ve got three kids…they’ve got questions…I’ve been assigned the responsibility of providing answers, when and where I can. It’s daunting, but I can do it. If I can’t, I’ve faith in them that they can find the answers they need elsewhere. I mean…you’ll be there for them if they need you…right? We’re all in this together? All for one…one for all?

Is one less than the other?

Is one more than the other?

Welp…ain’t that applicable to you, and you alone? Your opinion? I mean, you do want your own opinion…right? So, it’s safe to assume that you want others to be able to have theirs.

Who are we omitting? Or are we playing proxy for them? Best I can figure, if you want something to not occur, don’t do it. Then again, if you want to be told what to do, for anything and everything, forever and ever…Knock yourself out. Plenty of people will likely line up to volunteer to tell you what to do. But until you are in a moment yourself, you might wanna go easy on that judge’s gavel.

It’s a long walk to somewhere.

Lotta time will pass in getting there.

Do you know where you are going?

Dear Reader, we hope you have enjoyed this missive experiment. Enjoy the rest of your weekend and… Have a Song ❤

*I’ve always been scared of spiders, Clicky. It’s a phobia that I’m working hard to dispel… it’s the legs…*

*Not that Legs, Clicky… /rolls eyes*

Funnily enough on the same day I’d made my Venus post, Cade was describing his flies…

*Oh FFS! I can see why you like spending your time over there, Clicky, but do you have to be quite so graphic?*

Today is the birthday of the World Wide Web. This news was brought to me by the Sky Dick, Suck IT…

*A humongous flop, Clicky, you wouldn’t like that at all… Will and Ken battling it out… actually Kenneth Branagh also featured in the 2012 Olympic Opening Ceremony*

The musical directors for that one were Underworld…

*No shit, Clicky! /slaps head… Two years ago, when the World Cup was on in Brazil, Merovee Ken and I explored Luis Suarez and the ‘Ritual of Chomp‘…*

Chöd (Tibetan: གཅོད, Wylie: gcod lit. ‘to sever’[1]), is a spiritual practice found primarily in the Nyingma and Kagyu schools of Tibetan Buddhism (where it is classed asAnuttarayoga Tantra).[2] Also known as “Cutting Through the Ego,”,[3] the practices are based on the Prajñāpāramitā or “Perfection of Wisdom” sutras, which expound the “emptiness” concept of Buddhist philosophy.

According to Mahayana Buddhists, emptiness is the ultimate wisdom of understanding that all things lack inherent existence. Chöd combines prajñāpāramitā philosophy with specific meditation methods and tantric ritual. The chod practitioner seeks to tap the power of fear through activities such as rituals set in graveyards, and visualisation of offering their bodies in a tantric feast in order to put their understanding of emptiness to the ultimate test.[4]

*That’s enough for now, Clicky. Would you furnish Dear Reader with a Song?*