‘The agnostic does not simply say, “I do not know.” He goes another step, and he says, with great emphasis, that you do not know. [Robert G. Ingersoll, “Reply to Dr. Lyman Abbott,” 1890]’ 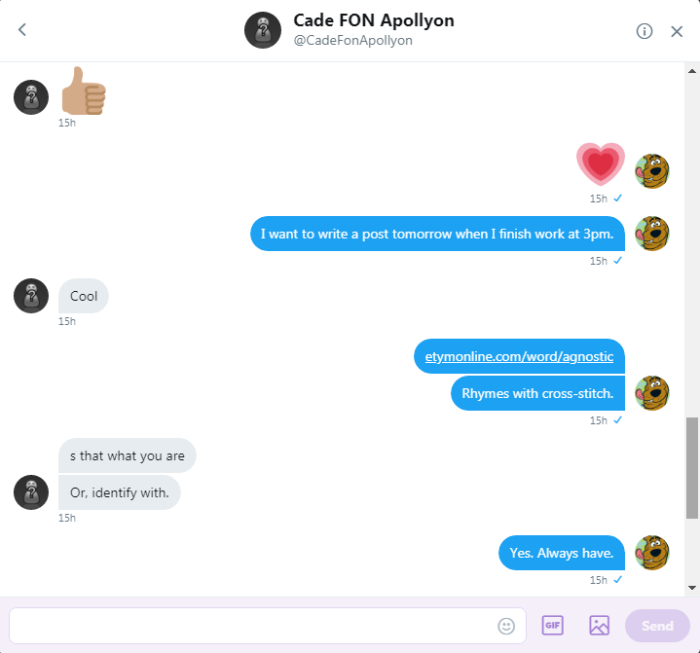 Gnostic teacher, John Lamb Lash (JLL) has some new talks up, Dear Reader. Cade and I listened to a couple of them earlier this week…

… There are four talks, in which Lashy [and his gal pal, Ginny] refute Flat Earthers and their theories. Interesting stuff, well researched but unfortunately we only managed to get through the first two and a bit…

*No, Clicky… /flicks ash… Of course the world can be round and flat at the same time… /drags… Nah, it’s their increasing nasty rhetoric and unfunny jokes that’s pissing me off… /snorts smoke…*

‘Listened to some more John Lamb Lash talks with RooBeeDoo yesterday, and I try and be objective when I listen, but it irritates me when he starts talking about Jews as if they were some kind of nigger or spics or something. Wait…that didn’t come out right. I hate nigger Jews haters that live in España in a spic neighborhood that has been infiltrated by eskimomos.

‘Welp, recently, it occurred to me that Eskimos appear to be devoid of a racial epithet, so I came up with “eskimomo”. An eskimomo would be that one eskimo that always shits way too close to the igloo, or always picks the best seal blubber for themselves, or puts a black light outside his yurt during the summer in an attempt to simulate darkness but all it does is attract mosquitoes and grizzly bears…shit like that.

*I know! If I wanted to listen to that kinda crap, I’d join the Labour Party and blindly follow their messiah, Clicky… /rolls eyes… Fuck that for a game of soldiers…*

… Although I am currently reading JLL’s book, ‘Not In His Image’, and it’s really, very good. Inspiring, much like the bulk of his talks about the Planetary Animal Mother, Sew-Fire…

*/drag… Lashy’s why I started the ‘Selfie Sounds Like Sophie’ experiment in the first place, Clicky… /cough… He does say Sophie has a wonderful sense of humour… /thinks… ‘Not In His Image’ is starting to sounds ironic… /final drag…*

I probably will go back and finish listening to the remainder of the Flat Earth talks, Dear Reader. If only to find out if JLL has any Terry Pratchett in that extensive library of his…

*/stubs butt… There’s an awful lot of humanity on display from the eclectic cast of characters inhabiting Discworld, Clicky… /pats snout… And it’s funny as fuck…*

It was actually my friend Poppy Sweet Pea that inspired this particular post. She’s into cross-stitch, big-time; always has project on the go.  Last night she posted a photo of her latest handiwork for Cade and I to see… 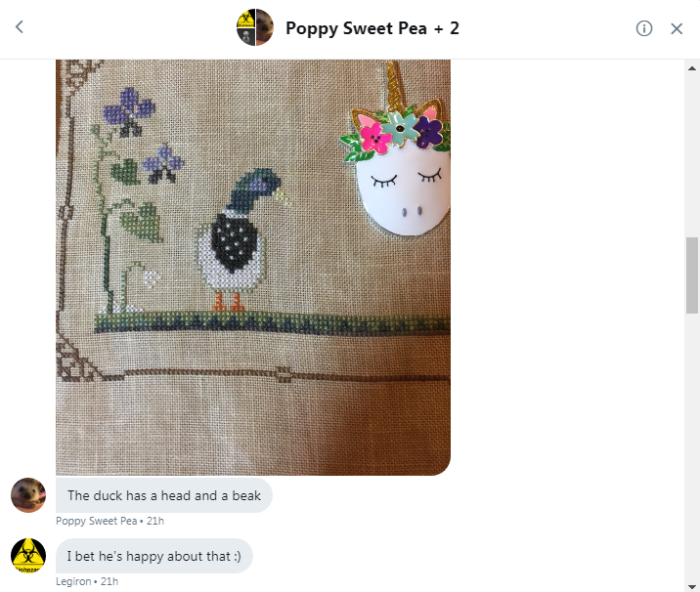 … And I was reminded of my favourite piece of Poppy Sweet Pea cross-stitch artwork. She made it for Legs…

I stitched this granny piece. pic.twitter.com/WDf3EMg3lN

*Alright smart arse… Ready to finish with some music?*

5 thoughts on “On The Lash: Cross-Stitch Agnostic”