*I spotted the blue plaque on my way to the Smokie-Readie Place. Clicky, are you listening to me…?*

I have a smokie-readie place. It is called Salisbury Square and it sits just off of Fleet Street, where I travel to a couple of times a week for my work outside of the… LoL…

Today I discovered that Samuel Pepys, celebrated diarist, was born en route between office and square. There’s construction work going on there at present… *Shit, I hope I remember how to do this or I’ll have to wait until Clicky returns* 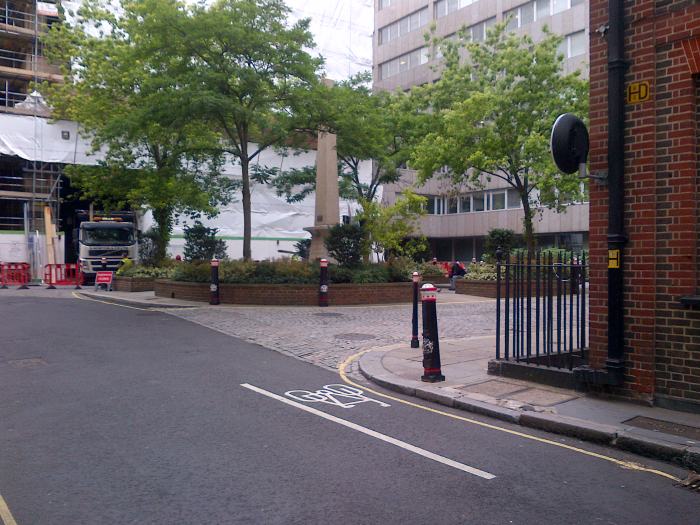 … so I stopped in the street to smoke a cigarette in my lunch break. That’s when I noticed the sign and remembered once reading an interesting factoid about the Great Plague…

… it being the hottest day that ever I felt in my life, and it is confessed so by all other people the hottest they ever knew in England in the beginning of June – we to the New Exchange and there drunk whey; with much entreaty, getting it for our money, and would not be entreated to let us have one glasse more. ….
This day, much against my Will, I did in Drury-lane see two or three houses marked with a red cross upon the doors, and “Lord have mercy upon us” writ there – which was a sad sight to me, being the first of that kind that to my remembrance I ever saw. It put me into an ill conception of myself and my smell, so that I was forced to buy some roll tobacco to smell to and chaw – which took away the apprehension. [Houses infected by the Plague had to have a red cross one foot high marked on their door and were shut up – often with the victims inside. Tobacco was highly prized for its medicinal value, especially against the Plague. It is said that at Eton one boy was flogged for being discovered not smoking.]

I crossed the road and took it’s likeness on my phone. I was wondering if Sammy Pepe would be a shit hot blogger today when I noticed another blue plaque… */concentration tongue poke…* 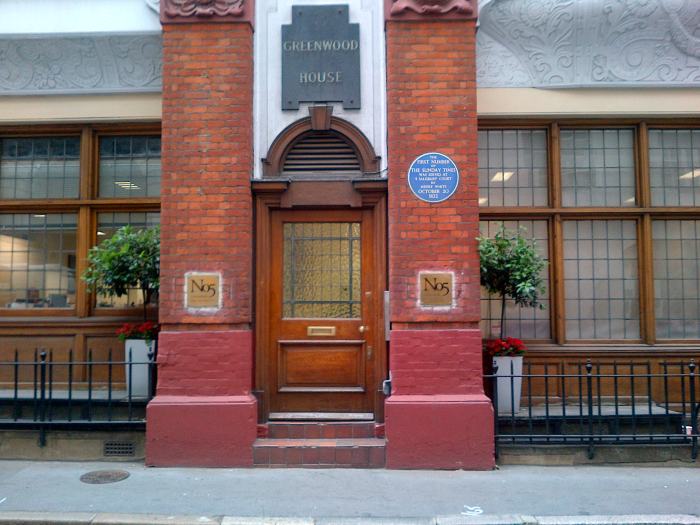 … from whence I had come, to the birthplace of The Sunday Times.

Not a picture in sight of course, just five columns of densely spaced type, the headline typeface barely larger than the text. And above it all the proud banner reading The Sunday Times. The first ever edition of The Sunday Times came out on October 20 1822.
With Europe’s great powers meeting in Verona to resolve the great matters of the day – The Spanish Question; the Italian Question; the Turkish Question – as the continent recovered its balance post-Napoleon, it was a good time to launch a newspaper. Except that in reality this was not so much a launch as a re-branding. Its predecessor The New Observer had hit the streets in February the previous year, the title a deliberate ploy to confuse and attract readers of the long established Observer ; briefly re-named The Independent Observer, it finally settled on The Sunday Times. It had no link with The Times , but as with the original title it sought to cash in on the renown of its rival.
The owner and leading light of The Sunday Times was Daniel Whittle Harvey, a radical if not rabidly so MP who used his paper as a soapbox for his views and policies – something that of course could never happen today. The inaugural editorial of October 20 1822 evoked nostalgia for a time: “When the press was free and honest,” a nostalgia some of us feel at times today. Harvey, MP for Colchester and later forSouthwark in fact spent a brief spell in prison for his newspaper having libelled the King, George IV, such was his personal quest for the truth. Poacher turned gamekeeper later in his career, when he became the first Commissioner of the City of London Police in 1839.

And what about Smokie-Readie Place, Salisbury Square? It has a big obelisk in the middle, dedicated to former Lord Mayor of London, Robert Waithman.

Waithman always tried to strive for reform without becoming too radical, which resulted in an unfortunate middle position, where the Whigs thought he was too radical and the Radicals considered him too much of a Whig. And his background led to accusations of trying to use politics for his personal gain which he vehemently denied. His concern was the fairer distribution of power and wealth between the classes.(4)While some may claim he was just an upstart shopkeeper, he, although not always successful, did much to reform the political landscape in favour of the ordinary man in the street.

I had stopped at Smokie-Readie place on the way into work, for a cigarette and to capture the likeness on the boss… 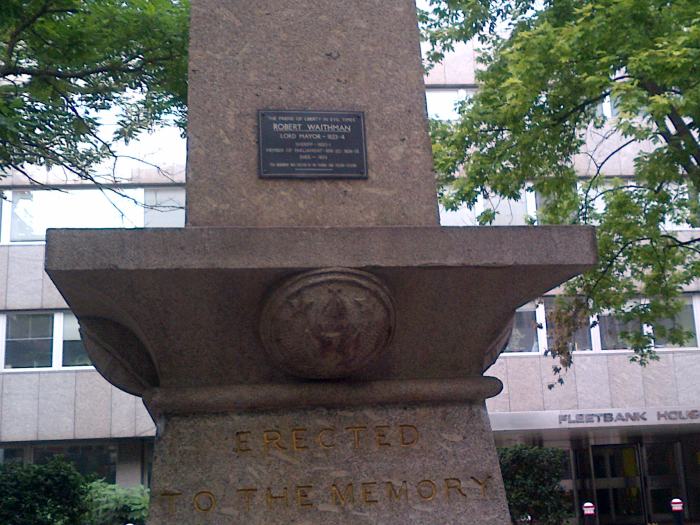 …and used the big ashtray provided, but I didn’t sit down… 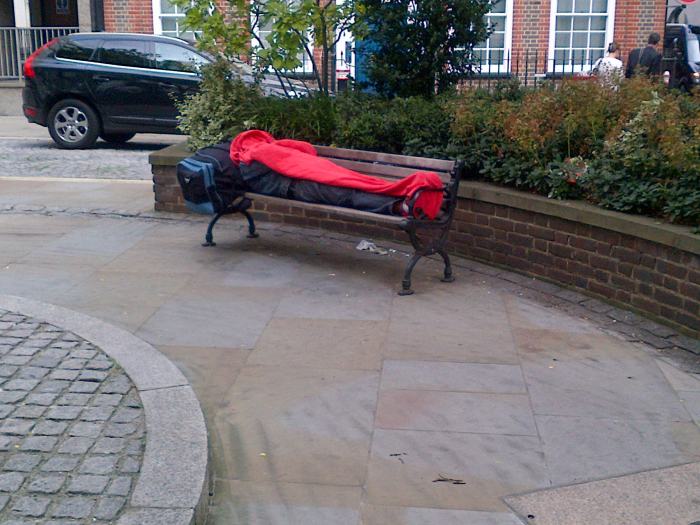 someone else needed the bench more than me.

*Oh you’re back are you? Don’t give me that cuteness; I’m not going through it all again, just for you. You’ll have to do what everybody else does, Clicky, and read it for yourself …/rude tongue poke*