A short post, now, Dear Reader. I had to laugh earlier when Cade the Okie Devil of Text US sent me a Juicy Smellitt news story link, via Twitter DM…

‘Images of the ‘Empire’ actor have been inserted into ads for ‘Black Panther,’ ‘Green Book’ and ‘BlacKkKlansman,’ while an HBO billboard was hijacked for the second time in a month.

‘Two separate groups of conservative provocateurs took their fight against what they call the media’s “Trump Derangement Syndrome” to the streets of Los Angeles early Monday morning, posting phony entertainment ads all over the county.

‘Of the more ambitious efforts, an entire billboard advertising HBO’s Last Week Tonight With John Oliver was hijacked so that now the title is: “The Orange Man Bad Show With John Oliver.”

‘The giant billboard at the corner of La Cienega Boulevard and Pico Boulevard has an image of Oliver with a thought bubble cursing the Trump presidency and including the words “racists” and “bigots.” At the bottom of the altered ad is the phrase, “Matrix approved NPC programming.”

‘The endeavor is the second in a series for a secretive group known as The Faction, which in January took over a billboard advertising Real Time With Bill Maher, also an HBO show. Both times, The Faction used “NPC” to belittle the comedians as “non playable characters,” a video game term that has become a conservative meme for media personalities who allegedly work harder at advancing a politically correct narrative than the truth.’

… So I looked up the word ‘La Cienega…

*/lights up… The road is literally named for Rancho Las Cienegas,”The Ranch Of The Swamps”, Clicky…*

… And then looked up the word ‘Pico’…

Dear Reader, the billboard is literally on the corner of ‘Peak Swamp’…

*You fink all the political pandering has encouraged over-sensitivity? …/smokes… Could be, Clicky…*

Have a Song, Dear Reader… 😀

Dear Reader, Leggy had a question about the above post… 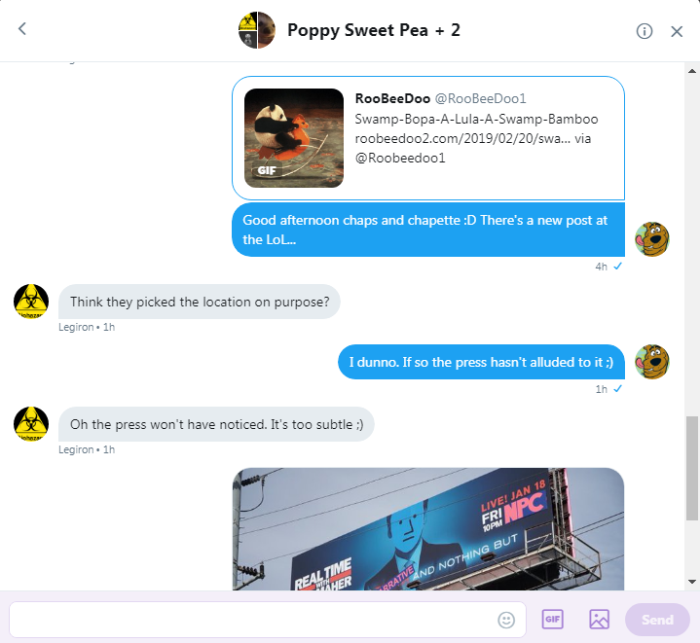 *I didn’t even fink to see where the other billboard was located, Clicky… /lights up… Fank fuck for Legs, eh? …/drags… Oh no offence, sweetie…* 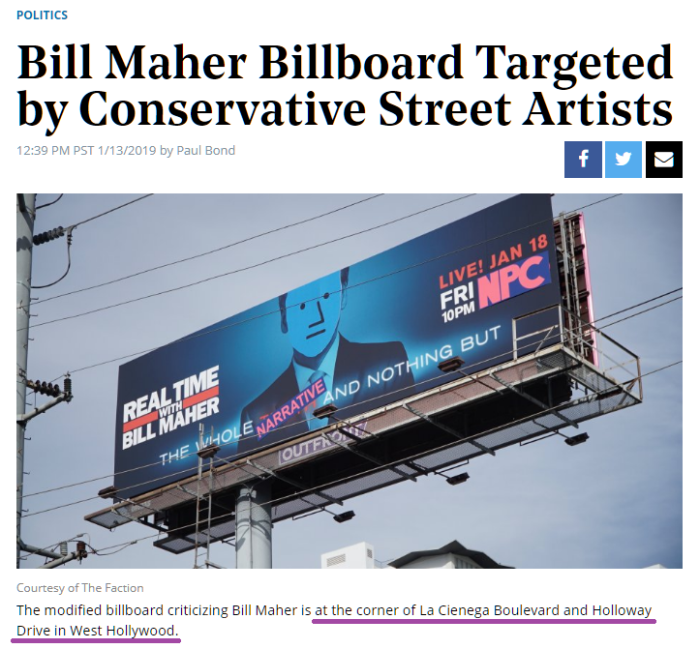