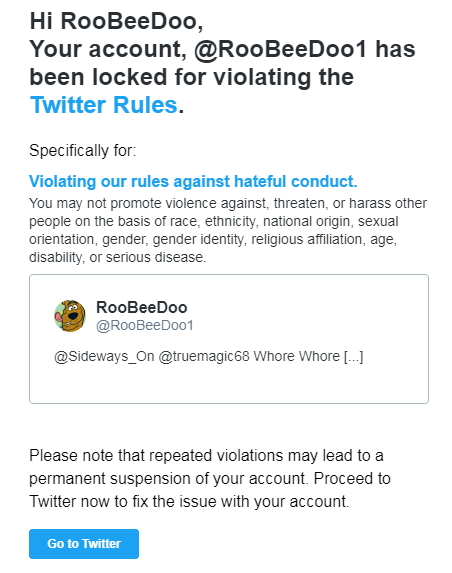 … I was shocked. I’d merely replied to a Tweeter that follows me back…

*/flicks ash… They made me delete the tweet, Clicky… /deep drag… and then suspended me from tweeting for 12 hours… /snorts smoke… Personally, I fink Twitter is homophonaphobic… /deep sigh… Talk about ate-full conduct… /smokes…*

… Fortunately, I was still able to DM, Dear Reader… 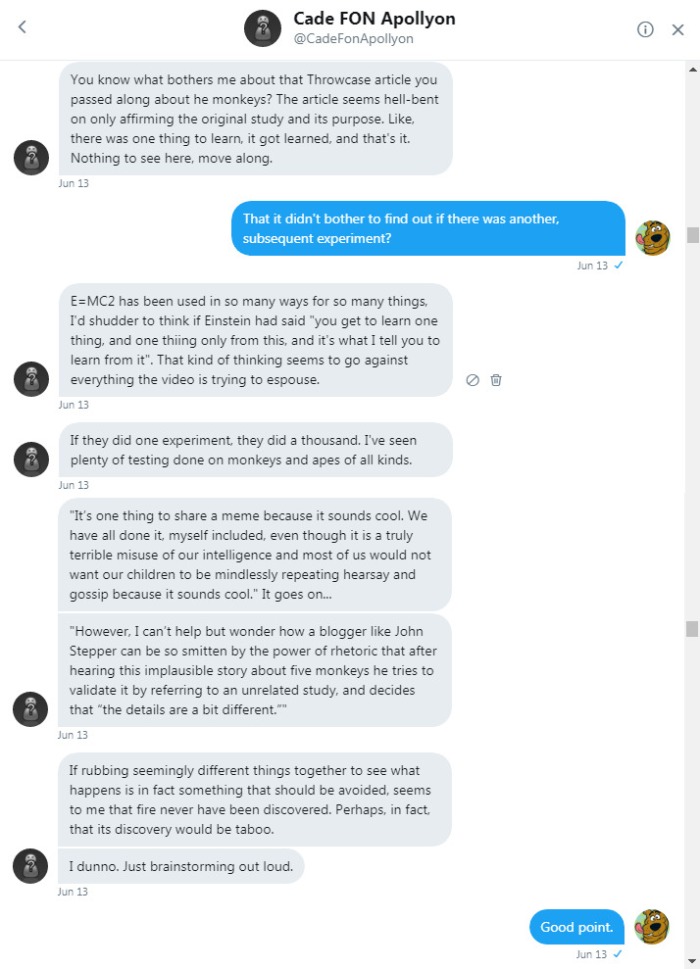 … before circling back to containers… 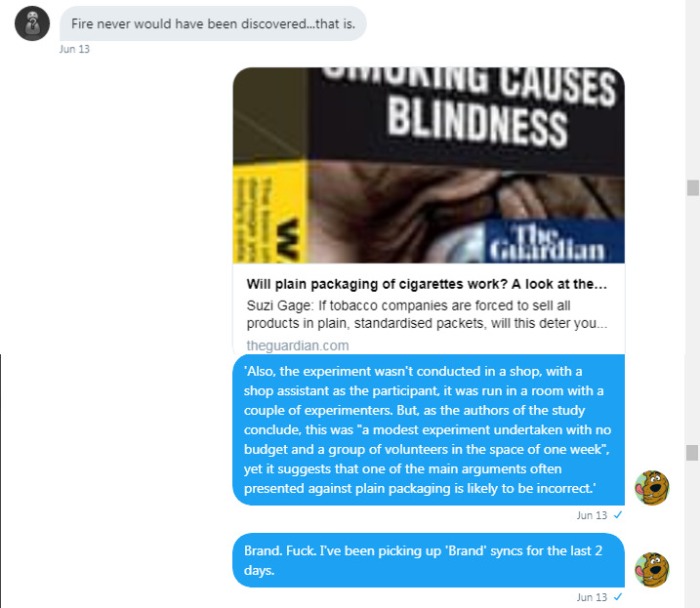 So, like getting the mark of the Beast? 🤨 https://t.co/2BSaEUoesL

… Anyhoo, I am now back on Twitter, Dear Reader, tweeting and retweeting. Maybe I’ll catch you over there some time. Have a Song…

And we decided to write a post about it. Together…

*You fink Dear Reader will get the reference, Clicky? …/lights up and smokes…*

Here’s the Okie Devil now, to kick us off on this adventure.

Ever hear of a guy named Hisashi Ouchi? I went to high school with the dude. He was like a brother.

I don’t know Hisashi Ouchi at all, but it appears that someone named Hisashi Ouchi does in fact exist. Or, he did. I guess it depends on how you view who exists and how as to whether or not the guy still exists, and maybe even if he ever existed. Now, I know where I am going here kinda, so let us run over to Google real quick and see if Google has anything to say about some dead fuck named Hisashi Ouchi.

He’s also mentioned in this article from 9 October of 1999.

So who the fuck is Hisashi Ouchi? Or rather, who was he? Just a corpse now. Prolly buried in a lead-lined coffin 30 feet underground and covered in cement, and just laying there being all radioactive and “festering in his own juices” as someone I used to know might say. But the person that would have said that is dead, too. I wonder if dead people get together and play cards. Have open-mic night, talent shows or community sings.

Do you think it is possible for people to just…disappear? I wonder on what criteria we base “appearances” and “disappearances”. Convenience?

^Horrible Ways To Die – The Radiation Hell of Hisashi Ouchi^

Back over to you, RooBeeDoo…

Thank you, Cade, for that lighthearted start…

*Ouchi, Clicky. I’d guess if you had to get a message to ‘Death’, the living can’t deliver it but the… /smirks…*

There was a lot a death in what we viewed – death of people, populations, planet. And death of empires and innocence, ways of doing things. Beliefs…

Dear Reader, Cade had sent me his next observation before I finished making this one. Something to bear in mind as we read on…

I admit that I’ve recently been intentionally…erm…”steering against the current”, as it pertains to the automation(s) of YouTube. I haven’t been actively doing it, just trying to be a bit unpredictable with what I watch, why, and for how long before I actively try and go off the rails, so to speak.

That said, there was an unusual appearance in my recommended last night. One about a disappearance. Five disappearances in one event actually. They’re now referred to as “The Yuba County Five”. Odd name considering the unbalanced equation that remains. Oh, and why this “Yuba County Five” is also referred to as “America’s Dyatlov Pass Incident”? The only thing that I can figure is…

Trying to connect unrelated things. Odd considering how “irrelevance” typically figures in to more “official” types of thinking/doing. Too much dependence on Occam and popular interpretations of shaving/cutting devices? After, not everything is equal.

Did I lose you there?

Are we even close to being on the same page Roob? I’ve no idea what you’ve written next, but I’m interested to read it. 😀

*Ooh I like the radioactive, pixelated look, Clicky… /innocent face… Or did you have a spot of bother making it?*

Despite all the death, there was an abundance of creation in our viewing, Dear Reader. Myths and Reputations. Structures and Relationships, creating and recreating Earth, ways of doing things…

Now over to Cade for the finale to this post, Dear Reader. Let’s hope he has a Song…

Okie dokie RoobieDoobie, we’ve got two Dyatlovs providing various forms of passes, passages and passings, one Yuba, and we’ve got a bunch missing at various times + others gone. Let’s us see where these two Dyatlov connections are according to Google Maps.

I wish there was a way to add more than just an origin and destination. I guess if you are logged in to Google, you can pin multiple locations, and on the Google Maps mobile app you can add up to 9 destinations, but I can’t do that here. There’s also mention of Oroville in that Yuba 5 vid. Flows, dams, and containment vessels. Coincidence?

Q: Do you have to be alive to die?

The concept of “the deadman” has reared it’s head on many occasions over the past several years, but I honestly have no idea what “the deadman” is, nor what it represents. Not really a strange concept, just a foreign one to me in the current context. Lots of talk about dying and being reborn while you are still alive, so I wonder what death is.

Why is it always and forever so bitter?

Can the future tell me who I am?

Or is it telling me who I will be?

I guess I’m wondering what Elijah would have to say on the topic of transitioning from one plane to another without actually dying here. No connecting flights for Elijah. Non-stop all the way. What a ride that must be.

BTW, I puked my guts up last night. I don’t think it had anything to do with acute radiation exposure in large quantities, but irrespective of the cause of my somewhat regular regurgitational proclivities, that tomato soup didn’t taste near as good coming back up as it did going down. Also, do I see a CCCP shirt in the background of that IT Crowd gif? What the fuck is a commie doing at a footer match in The UK?