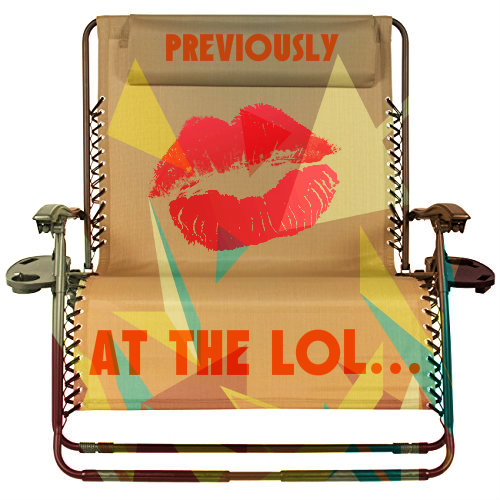 *Ooh you’ve gone for one of the garden chairs, I see. How appropriate, Clicky…*

Welcome to Day 3 of the 30 day song challenge that Cade fon Apollyon and myself have recklessly embarked upon. Today, Dear Reader, we will be selecting songs that remind us each of ‘summertime’. These may or may not coincide with your own choice of quintessential summertime song, and if not, please feel free to let us know what does in the comment section at the bottom of the post 😀

Day 3: A song that reminds you of summertime

This one is strange all around. Stormy like North Texas in Spring. The text of the request is “a song that reminds you of summertime”. My knee-jerk reaction is ‘Summertime Rolls’ by Jane’s Addiction, but the version that I am thinking of is not the original. In fact, the version I am thinking of is actually a remix, of a cover, of the original. But even the original version of ‘Summertime Rolls’ doesn’t remind me of summertime. It reminds me of Fall.

Sterling Virginia, I’m in my car, headed northeast on N. Sterling Blvd, destined for Route 7, all while listening to ‘Nothing’s Shocking’ by Jane’s Addiction on my car’s cassette player. The year, is 1990, and it is likely either a Tuesday or a Wednesday. Evening. The sun is setting behind me. This is not the song I was listening to just over 29 years ago…or was it?

We have LoL regular, Joe Public, to thank for my first song choice. He was rather quick off the mark on Wednesday…

‘In 1995, Jamaican-American rapper Shaggy covered the song, and released it as the lead single from his third studio album, Boombastic. Aside from the addition of rap lyrics, Shaggy’s version also substitutes other lyrics for the song’s original line containing “have a drink, have a drive.” Shaggy also performed the song on an episode of Baywatch. A year after its release, the song was re-recorded and released specifically for the film Flipper under the title “In the Summertime” (’96 Version).’

If you’ve not yet guessed, we’re going backwards. The song above is the remix of the cover, and now, we can get to the cover. None of this of course, has anything to do with a song that reminds me personally of summertime. Only a song with “summertime” in the title.

I have to go back to 1984 (again!) and a sultry summer night, grooving in a sweaty disco in Magaluf, Majorca for my next summertime song. Believe me, it was hotter than July 😉

Early June 1990 and my third song choice is fucking everywhere. I wanted to stay in and watch England’s opening game of Italia ’90. My best friend, Verity, has other ideas…

*No, Clicky, that’s not it. Verity always played that tune before going out on the pull…*

We go out and I meet Thoughtful Man. Apparently our match turned out a hell of a lot better than England and Holland’s insipid 0-0 draw 😉

*You can say that again, Clicky…*

My third song, one that reminds me of a particular summertime is New Order’s ‘World in Motion’…

The final word from Cade…

Other songs that made me kinda think about summer included ‘Summerhead‘ by Cocteau Twins, ‘Saturday In The Park‘ by Chicago, ‘Joy To The World‘ by Three Dog Night,  ‘American Pie‘ by Don McClean, “Jamaica Ska‘ by Annette Funicello, and even ‘1812 Overture‘ by Pyotr Tchaikovsky…but those really don’t make me think about summertime nearly as much as any song from the album ‘Twitch’ by Ministry. And I do mean any song.

For two summers in a row, this album (in audio cassette form) accompanied me to the lake any time I would go, and I’m quite sure I spent a lot of time at the lake during the summers of 1986 and 1987. Water skiing, beer, fishing, swimming, camping, sunshine, and the album ‘Twitch’ by Ministry. Summer 1986 to Summer 1987…I met the love of my life during that period of time. How about a run-on sentence kind of song to represent Twitch, and how an entire album can actually somewhat qualify as a single song that makes me personally think of summertime.

<Ministry – Where you at now + crash and burn + twitch (version II)>

Tomorrow Cade and I will be exploring songs that remind us of people we’d rather forget. A somewhat cruel challenge, if you ask me, especially if you’ve already forgotten the person you’d rather forget…

Dear Reader, have a Song ❤