Had a little bit of a hiccup with Cade’s latest missive, below, Dear Reader. Apols! Hopefully you won’t find your enjoyment diminished ❤

I have come to the conclusion that my normalcy is defective.

I have the same normalcy as anyone else, it’s just that my particular batch was maybe brewed after the factory had been in business for a while. Not quite the same as the first few batches.

Everywhere you turn, there is someone waiting to tell you what a fuckup you are. How wrong you are. How inadequate you are. What you are doing wrong. Usually because you are doing a similar or same something in a different way. Kinda makes you wonder how you’ll eventually react when someone tells you that you aren’t a fuckup. Like, would there possibly be some groups or people out there who might seek to take advantage of such channeling? You could win a lot of converts by being accepting of the mutants and defects. Assuming there are indeed people out there looking for some place to go that is. Could make you look quite powerful when you kick a mutant in the teeth.

So…if 70% of the planet’s current freshwater is stored on the continent of Antarctica, and if all this shit melts the oceans are going to rise almost 400 feet and drown us all…

Q: What were the continents up to 20 million years ago?

Yeah, I kinda get it, ocean levels were higher and a lot of shit that is above water now was below water then. As recently as 500,000 years ago, the place where my stinky ass currently sits was completely under water as part of the Gulf of Mexico/Atlantic Ocean. But there are some things that aren’t adding up. Maybe I should think on this further and reach some conclusions before writing about it. Otherwise, I’ll wind up sounding like a complete moron. Can’t have that. Gotta learn to tow the line(s).

I keep seeing these huge blocks/chunks of missing time. Especially in the geological timelines. Is that normal?

Prolly normal that science has shifts between the research only mode(s) and teaching only mode(s). And it would further make sense that some of us are just…out of sync with those cycles. 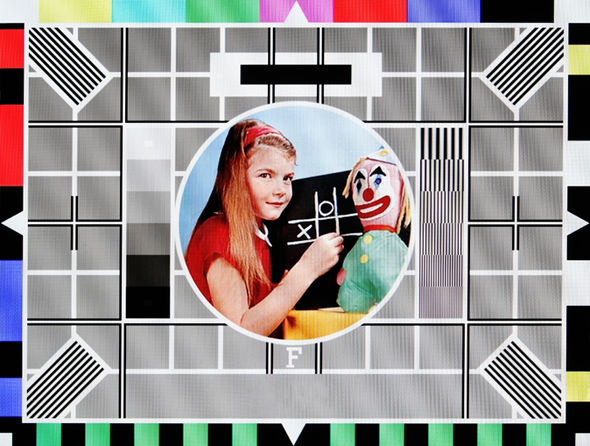 *The tweet’s been deleted? …/squints… Bugger! Dear Reader’s not gonna know what Cade’s referring to. Shit, shit, shit… /pinches lip… Oh we’ll fink of sumfin. It could turn out ironic…*

Lemme bow down to you. Or maybe it’s as simple as, you’ve got what you’ve got, I’ve got what I’ve got, and what we choose to do with that is kinda up to us in the moment and moments of our individual lives. Let’s change directions.

How do you treat other life and on what do you base how you treat it? Plants? Animals? Insects? Bacteria? To get more specific how do you treat dogs? Cats? Fish? Skinks? Skunks? Roaches? Butterflies? What about less-organic stuff? Cars? Computers? Dishes? Rocks? Desks? Chairs? Punching bags? Siri? Alexa? Water? Air? Sand? Does it matter whether a certain something is “yours” as to how you treat it? Like say, you baby the hell out of greenery in your own yard, but all you do is complain about the greenery in other people’s yards? You may even utilize municipal types of powers to enforce your will on others in order to make their yard look more pleasing to your own personal sensibilities?

I woke up to that tweet staring me in the face, and I admit that it confused the fuck outta me…

*Clicky! There are only three people in world who might possibly understand that… /rolls eyes…*

…It made sense in that, wait, is this lady someone who is experiencing some perceived inequality because of her age, gender and race? But that’s the obvious. “Society” doesn’t appear to owe me a damn thing, nor do I expect anything from it.

That said, I talk almost incessantly with a white, middle-aged woman, and she’s got all kinds of interesting and meaningful things to say. So perhaps it’s not whether or not you have anything meaningful to say, as much as it’s a matter of whether or not you say it. Most writers are quite timid. They hesitate as to what to say, and how to say it. As a result, we tend to latch on to popular concepts, say what everyone else is saying, and what you say gets lost in the noise.

Maybe it’s a matter of you not having anyone to say your piece to? Invent them. Might wanna keep in mind they are fictional tho. Don’t want your creation to become a bogeyman. Sounds like you’ve already got enough of those in your life.

Speaking of not being heard…I’ve not heard from a certain someone in a while.

I am totally, completely, and permanently clad in nakedness.

…more bad behavior. Yep, tourists behaving badly gives officials the ammo they need to behave badly themselves. You can imagine where things will go from there. On the surface, the story is suggesting that Instagram is to blame via the “influencers” that utilize social media to make massive monies. They spend money to travel to Iceland, to make stories, so they can take these stories take back home and make money off selling them via their social media accounts.

Now, I wonder where on EARTH people would get the crazy idea that controversial, radical, shocking, jarring and potentially offensive media would be a cash cow?

If you lived in a really great and cool looking place, but couldn’t do anything because everything is barred and/or banned, would that be considered…hell?

If you sought to control anything and everything, how would you know when you had achieved your goal? Been seeing a lot of “globalist” types of stuff rearing its head recently, and I gotta wonder how in the hell you would know that you and yours were “in control”. We live in a pretty dynamic place that appears to be cyclical, not to mention that most dictatorial regimes throughout history are paranoid as FUCK.

Wait…maybe that’s it. When “the powers” get paranoid, they do so because think they are in complete control. Makes sense. Power is scary.

You think it possible to latch on to a static point in space within the confines of a planet’s atmosphere? Like detach yourself completely from the “earth dynamic(s)” by latching onto a certain something that most will likely say doesn’t exist/is an impossibility? Yeah, I don’t think that’s possible either. There’s nothing within close proximity to our planet that represents a static point in space which is opposed to other points in space. Of course, there are those Alpha Loops and Omega Gates. They kinda operate that way. Not saying they actually exist, but they might.

Q: Would you experiment on your own body?

I mean, assuming you had a good reason to do so, and the time to do it in. Everything in your life lined up almost perfectly, the way seemed clear, is your own body the logical place to start? Or you think it best to outsource? Group study? Clinical trials?

“The Number Of The Beast”

“Woe to you, oh Earth and Sea, for the Devil sends the beast with wrath

Because he knows the time is short…

Let him who hath understanding reckon the number of the beast

For it is a human number

Its number is Six hundred and sixty six”

I left alone, my mind was blank.

I needed time to think, to get the memories from my mind

What did I see?

Just what I saw in my old dreams

Were they reflections of my warped mind staring back at me?

‘Cause in my dreams it’s always there

The night was black, was no use holding back

‘Cause I just had to see, was someone watching me

In the mist dark figures move and twist

Was all this for real, or just some kind of hell?

Hell and fire was spawned to be released

As they start to cry hands held to the sky

In the night the fires are burning bright

The ritual has begun, Satan’s work is done

Sacrifice is going on tonight

This can’t go on, I must inform the law

Can this still be real or just some crazy dream?

But I feel drawn towards the chanting hordes

They seem to mesmerise…

I have the fire

I have the force

I have the power to make my evil take its course

I am completely and totally shocked to my foundations…circa 1982.

^Iron Maiden – The Number Of The Beast (Official Video)^

Better be sure on the answer to that one…eh?

The topic of “kinetic sculptures” has come up recently. I’m wondering if the depictions in the video below qualify. Like, in the “virtual” sense. I guess it just got me to thinking about the generation of wind(s) in the “Archonic Realms”…if you will.

Have a Song, Dear Reader…

*Phew! That was a close shave, Clicky…*