Dear Reader, just in case you missed it…

amble (v.) early 14c., from Old French ambler, of a horse or other quadruped, “go at a steady, easy pace” (12c.), from Latin ambulare “to walk, to go about, take a walk,” perhaps a compound of ambi- “around” (from PIE root *ambhi- “around”) and -ulare, from PIE root *el- “to go” (source also of Greek ale“wandering,” alaomai “wander about;” Latvian aluot “go around or astray”). Until 1590s used only of horses or persons on horseback. Related: Ambled; ambling.

Let’s get down to it, shall we?

Hi there. I just added this paragraph. I was doing some writing, and bouncing around a bit because I am trying something new in this here particular whatever, and I had an idea.

So eating…what’s the point of eating again?

Was just thinking bout “people who have trouble losing weight” and “cans of beans that are good until August 2020” and stuff like that. Preservatives, staying fresh, shelf-lives, shit like that. I mean…I’m sure that you are fresh and clean and shit like that, regardless of what you do or don’t eat, because you are you, and you are awesome at being you.

Not saying that it causes “weight-loss issues” or the like. BUT!!! I do have some thoughts on weight loss, and why it tends to come back.

Holmes: “And you’ve picked them up.”

So yeah…your body…it accommodated the weight once you acquired it, and prolly needs to adjust a bit in order to de-accommodate the weight change…so yeah…mass. Storage, and storage spaces. Threads, and strings, and stings, and weaving, and fibers, and fibrous stuff and whatnot.

Q: How many jobs have you had in the last 20 years?

Trends and trendy types of shit?

Maybe we’ve gotten a little out of wack since “seasonal” has become, erm…”international”.

Avocados? Readily available in January/February? In the northern hemisphere?

How’d that happen I wonder?

^Chromatics – Tick Of The Clock^

I’ve been writing some crap about “Syncrhomysticism” and “The Synchrosphere” over at my own blog over the past coupla weeks/months, but let’s bring that shit here…and make it a little more overt than usual. As a matter of fact…let’s let someone else drive almost completely here, and see if she knows that she’s driving/been driving/is driving.

^Boards of Canada – Music Is Math^

I just went to the store with whatshername. Meaning, we rode there in the same car, I walked around Wal-Mart, while she did whatever it was she was doing, we then left in the same car that we arrived in, and drove to the house that I am now sitting in typing this shit. When we pulled into the parking lot, there was an Icee truck, and I wondered aloud how nice it would be to have an Icee.

Whatshername: You know…your daughter says that she wants to steal a doughnut truck, then lead the cops on a lengthy chase, so that the news shows a bunch of cops/cop cars chasing a doughnut truck.

Cade: I become more and more proud of her and her thinking daily. PLUS… they’d prolly leave you alone in prison. You aren’t competition with drugs or gangs or crap like that, so…you’d think that they’d leave you alone.

But that got me to thinking about a tweet I saw yesterday, and how I fucking HATE self-righteous pricks and their methods. And tho I cannot find the Tweet in question, it was basically…

Nice. Lots of layers and layering, and payers and payering or punishment(s). 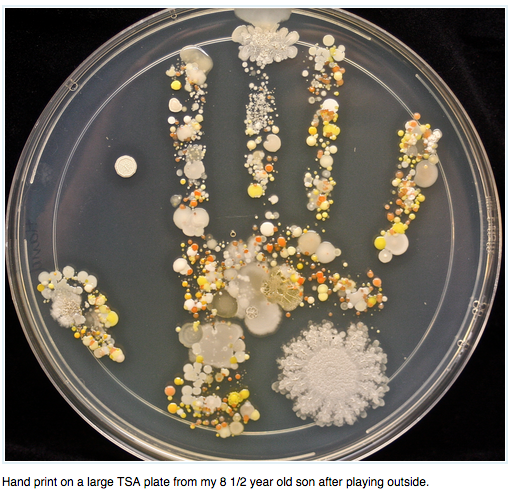 Let’s let someone else drive here…

This is gonna cause us to have to bebop around this “when is life life” kind(s) of questions with respect to when is what, how, and where…and conception and shit like that. But while I’ll kinda buzz around while you are thinking about that, is this concept of death that we have …erm… neglected since we think that we have a good bead on when it is and is not OK to kill someone else, under what conditions/pretenses, etc..

Are we thinking that there is some reconciliation possible between life AND death via life? Cause I don’t see it. We see death as an end, and life as a beginning, and who gets to choose what and where is really only speculative because it omits time completely.

EX: Stamp a “Star of David” on each and every Jew, and suddenly, you know all there is to know about that person.

But really…you don’t know shit about that person, and you don’t want to…do you?

Several years back, when I first saw the image above, I freaked. It was so in line with some of the things that I had been thinking about with respect to “healing” and what is required to heal, that I freaked the fuck out when I saw the image. Not that my particular body is like, all twisted and contorted and shit like that, and it is…but this thought also fell into line with the thinking that I had been doing with respect to the Chakras…but more than that, Kundalini.

So yeah…teleportation, and the thoughts that I personally had regarding using teleportation as a means/method of eliminating scalpel-based surgery, and it’s not and only about the scalpel since General Anesthesia is VERY fucking dangerous…not to mention that hospitals themselves are becoming a hazard and/or hazardous place to be.

I can’t really say “less-invasive surgery” here, since the methods that I’ve been pondering for the last 30-40 years are about as invasive as you can get. But that’ll get us nicely back to the concept of weight gain/loss, since I think that spin, spins and spinning are where we are…for lack of a better term…”losing our asses”…and prolly also why “that ass you lost comes right back”. Bees and beehives will help us.

^Why Don’t You Just Poison The Bees?? I’ll Show You Why.^

Welp…whatever it is that we as individuals can relate to. Maybe cookies, maybe penis, maybe boobies, maybe dancing, maybe all kinds of stuff. But that video above got me to thinking about these propensities and proclivities to certain things that we all have. So yeah…changes and changing.

Q: Anyone got an extra bedroom available that I can occupy while I get my shit together and change into a better person?

It is currently 14:11 or 1411h, it is Thursday September the 14th of 2017, and there has been a sudden directional change of sorts. Lemme pop up to the top, add a bit there, then I’ll continue on as normal-ish, and we’ll see how this goes from here…

^The Cuties – Is She Weird^

The third and final installment, ‘Missive From ‘Merica: Shamble On!’ will follow tomorrow, Dear Reader. Enjoy the rest of your Friday evening and… Have a Song! 😀

4 thoughts on “Missive From ‘Merica: Ambling…”