*Interesting, Clicky, but to be honest I was thinking more about dance…*

two-step (n.)  dance style, 1893, from two + step (n.); so called for the time signature of the music (as distinguished from the three-step waltz). But as the positions taken by the dancers involved direct contact, it was highly scandalous in its day and enormously popular.

A certain Division of an Auxiliary gave a dance not long since. I went and looked on. What did they dance? Two-step, two-step and two-step. How did they dance? When we used to waltz, we clasped arms easily, took a nice, respectable position, and danced in a poetry of motion.

Now, girls, how do you two-step? In nine cases out of ten the dear girl reposes her head on the young man’s shoulder, or else their faces press each other. He presses her to his breast as closely as possible, and actually carries her around.

Disgraceful? I should say so. Do you wonder at the ministers preaching on dancing as a sin, when it looks like this to a woman like myself who believes in dancing and has danced all her life? Mothers, as you love your girls, forbid them to dance after this manner. [letter in the ladies’ section of “Locomotive Engineers’ Monthly Journal,” March 1898]

To the Two Step may be accredited, serious injury to the Waltz, awkward and immodest positions assumed in round dancing, also as being a prominent factor in overcrowding the profession and causing a general depression in the business of the legitimate Master of Dancing. [“The Director,” March 1898]

*Oh is that how that’s done… What about the other one?*

*Okay… Are there any dances where the woman leads, Clicky? I’m meant to be leading this missive…*

Outside of this here paragraph, which is being written @ 00:41 CST on Friday August 25th of 2017, Roob is gonna call the shots on this here whatever turned missive.

I mainly thought I would go ahead and write a bit because there is a song that I am listening to that I really like, and I want to share it. But it should also clear my head a bit, and will hopefully let me sit back, shut up, and let her do her thing.

I have no idea what she is planning/thinking about. Only mentioned via a Twitter convo that maybe a new missive is in order/on order, and she expressed an idea that I’ll not mention here. This is exciting!!!

I failed with the first paragraph and shutup thing. Was watching YouTube, and they ruined it.

You hoods will be good to go after that.

Or maybe you got that hood covered.

^BAIT BIKE IN THE HOOD PRANK^

Let’s throw some meat to hungry dogs, and see what they do.

Let’s open a loophole in the law, and see who pours through.

Let’s open a bottle, half for me and some for you.

Let’s kill us a kitten, just to hear its last…mew.

Meaning, Roob has slept and awoken, and so I have I.

This will go wherever it does. 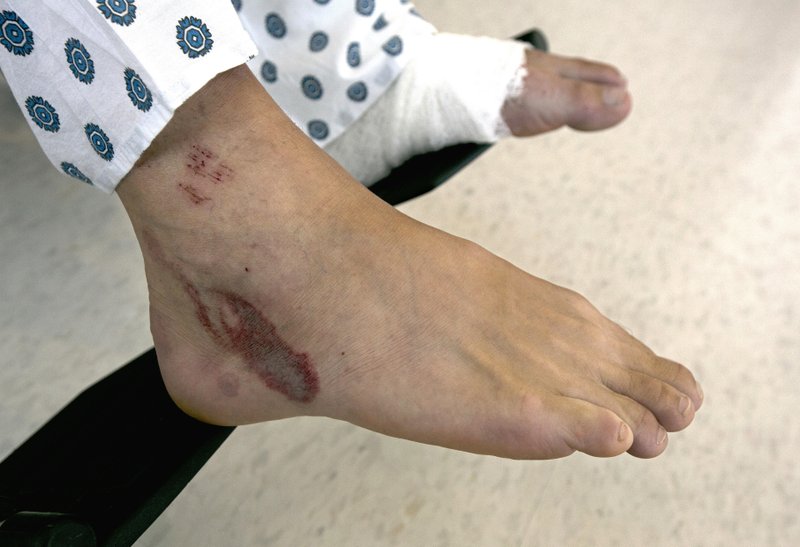 Hiker survives lightning strike that blasted his clothes off. https://t.co/mZSgE5hZqD

What’s not kinda fair about these pics? Everyone is different. Which makes me think of something…

I mean, if you have the cash and/or a good enough insurance plan that allows “a second opinion”…and that second opinion turns out to be more favorable…did the doctor give the answer you were looking for? Or did they get it right and the first doctor got it wrong? This assumes a difference in opinion between doctors…which we with experience KNOW … never … fucking … EVAR …happens. 😉

What about the patient? Is their opinion REALLY not important? You doctors wouldn’t have a fucking job of the “patient” didn’t exist…right? Are we really to assume that patients are dumb? Can’t learn? When did doctors cease being teachers? Are you teaching you patients to be dependent on you? Or to depend on you, you, you and only you? Because, we could prolly suddenly make a case for “addictive behaviors and practices” here, not to mention some narcissistic and/or co-dependence, not to mention Borderline Personality Disorder.

Maybe it’s time for “the patient” to treat the doctor(s)?

So yeah…’lectricity in the body. Someone gets zapped by an excessive amount of this shit…seems like all it wants to do is to get out. Thinking about spin(s) and field generation, maybe that’s how these fields around us get generated. Ya can’t suddenly get all uppity and say that the body is no longer chemical and electrical just because we now know that we have these fields hovering around us 24/7.

So…what are those methods of getting something into the human body?

But getting back to heat…that means we are going to be talking about Asbestos, Glycol(s) and Lithium. That’ll get us to salts, crystals/crystalline(s), fiberglass and carbon-fiber kinds of shit, which will get us to think about insulation and…null.

Q: How important is time, times, and timing(s) with respect to cell-division?

Roob has asked me for what I have.

Not going to elaborate.

Dear Reader, I was going to write a post about the boys’ birthday (went okay) and their GCSE results (got what they wanted), but I’ve actually spent the last couple of days in conversation with Cade, talking about all kinds of shit, from cling film to teleportation Vs time travel, from 20th century history to the weather (specifically hurricanes and tornadoes), and all points in between.

*No, enough! That conversation went on for hours…*

*/wrestles dolphin assistant to the ground…*

What about you, Dear Reader? Would you like to hear a Song?