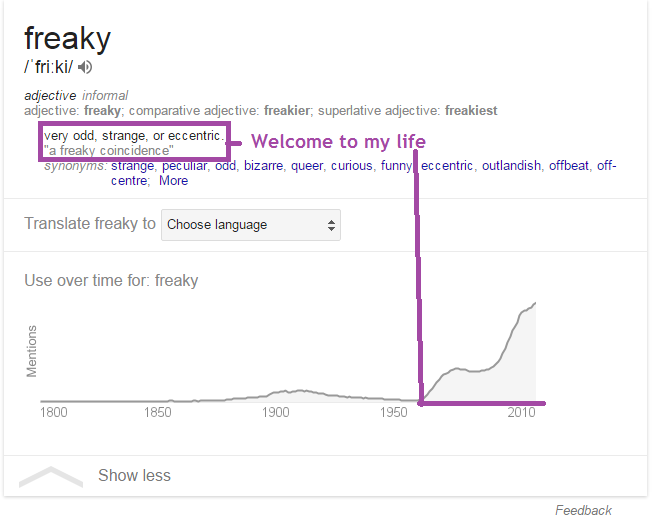 Yes, I know today’s Friday, but I was kinda busy yesterday, Dear Reader. And this post is about yesterday, so if this presents a problem, you know what to Doo…

Clicky and I will b rambling…

“What are you doing?” Thoughtful Man asked, leaning down to peer at my computer screen.

“Just posting a comment,” I replied, charging Clicky with sending it. “Oh poo! It’s in moderation. Too many links.”

I was on Merovee, Red Frank’s site knot-I-sing another 137 spot. I realise it’s a pointless exercise but I rather think that’s the point.

Thoughtful Man grunted and sat down on his chair. He looked decidedly hot and bothered. It could have just been the heat but I didn’t want to take the chance, so sent Clicky off for a nap.

“I can’t stand this weather. Look at me, I’m dripping,” he said wiping his brow.

“You do look sweaty,” I agreed whilst sitting in my own pool of salty water. “Well, what have we gotta do today?”

Thoughtful Man huffed and sighed. “It’s parents evening at the school tonight. Your sister will be here at five… we’ll need to tidy up, hoover.”

Juju had agreed to sit dog Princess Poppy for us whilst we traipsed up to the school to hear what Year 11 has in store for the boys.

“Fuck! That means I’ll have iron them a couple of extra shirts,” I said, slumping back into my huge, leather Library chair and instantly regretting it. “And the bedding upstairs also needs changing…”

A look of resignation and then something else crossed his face. Thoughtful Man stood up and, holding out his hand, said “We should just go upstairs and do it.”

Ah, so that’s what that other look was.

“Juju, can I ask you to do me a favour?” I asked my sister later whilst wrangling with the ironing board. Everything pressed to perfection, all we had to do now was to get going.

She sat in the Library, playing with Clicky. Poppy stood in front of her, ball in mouth, wagging her tail expectantly. “What’s that, babycheeks,” Juju answered absentmindedly. I wasn’t sure if she was talking to me or the dog but carried on regardless.

“When we’re out tonight, could you read something for me? It’s a friend’s novel that I’ve been editing. It’s his first.”

“Is that the one is Scotland?”

“No, that’s Legs. This is Hugo Stone, I think he lives in Wolverhampton or around that area,” I said, squishing her along the seat so I could get to my keyboard. “It’s called ‘Cultish’ and it’s about ‘Satan, the apocalypse and lollipops’.”

Poppy dropped the sodden ball at her feet; Juju picked it up and threw it.”Sounds interesting. Okay,” she said over the sound of skittering nails.

“Be honest. Read as much as you want and then tell me what you think of it when we get back.”

Thoughtful Man appeared with two miserable but smartly dressed 15 year olds in tow. “Get off the fucking computer now. Come on, we’ll be late,” he barked.

Poppy didn’t know whether to follow the sea of retreating legs or get Juju to throw the ball again. The decision was out of her paws, however; we said our goodbyes and set off.

*I think I call you ‘a pain in the arse’, Clicky… No wonder Dumey doesn’t put up a fight over you… Can I get on with it now?*

Two hours later and we were nearly home. The auditorium had been packed, sweltering and noisy, the boys’ grades from the exams at the end of year 10, disappointing, and the only teacher available to meet with us was the ICT teacher, Mr Hall, and he’d only started there that week. He did have a certain glow but it was more likely due to the excessive heat than any honeymoon period. The only thing of interest was a poster I’d seen outside the school library. 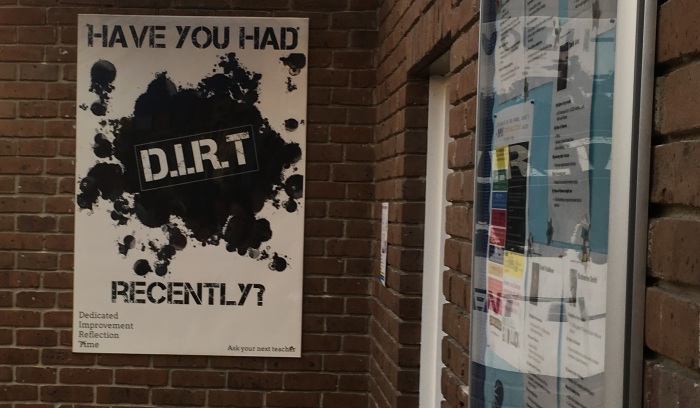 “I told you it would be a waste of time,” Kit Kat informed us from the back of the taxi via the intercom.

“No. Now I know you need to pull your finger out,” Thoughtful Man replied. His eyes shifted in the rear view mirror, fixing on Loopy. “And you.”

“I explained about maths…” Loops started to explain again, before catching his father’s reflected squint and deciding to shut up.

I tried to change the subject. Sort of. “What was that teacher going on about with PPE?” I asked out loud. “The Polish one, Head of Maths, she kept saying it but I didn’t catch what it meant. It doesn’t involve hard hats, then?” I quipped, lightening the mood, I hoped.

“No,” Thoughtful Man said as he turned the Bonnermobile into our drive and pulled up. “Stands for Pre Public Examination, I think. It’s their Mocks.”

We unbuckled and got out of the van. Juju appeared on our doorstep, Poppy in arms.

“That book you asked me to read,” she said as Poppy strained to give us a welcome home lick. “Filth. Utter filth,” she said sternly.

Time stopped. All five of us stood motionless, the only things moving were my eyeballs and our demented dog’s struggles. When I spoke, my lips, cheeks and tongue felt like they were moving in slow motion.”Didn’t you like it?”

I breathed a sigh of relief and took Poppy from her. “Oh good. So you liked it?”

Juju waited for Thoughtful Man and boys to move out of earshot. “Yeah,” she confided sotto voce. “And I was wondering if I could, er, take it home with me so I can, you know, finish it?”

*Blue doors and flight… Give us a Song, Clicky…*