Dear Reader, last August Bank Holiday Monday, I was still looking into the bathroom scenes of The Shining: Forwards/\Backwards, but Clicky mentioned that ‘the bank is now open‘…

Yesterday, I took some time out to watched a couple of movies…

*To be honest, Clicky, I enjoyed that more… /deep drag… but then I’m not into GoT…*

I was surprised to see the same name appear in the credits of both movies. I’d seen that name earlier this week – there was a social media kerfuffle involving his wife and a visit to a vault during the US total eclipse…

*I wonder if Lefties pay money to go see his films? …/stubs butt…*

… So, Dear Reader, I’ve split it into three parts for your, and my enjoyment. See ya at the bottom ❤

Hmmmm. I can’t remember. Can you?

Anything you wanna talk about?

Welp…that being the case then…I guess it leaves no alternative, but to talk about…something…that you may not be interested in. Although! You might.

Because you didn’t express an interest in talking about anything in particular. Which means you wanna talk about nothing. So let’s talk about just that…nothing. So yeah…The Voynich Manuscript.

The video above is cool. It’s really neato that someone took the time to save and share a piece of musical history. For those who are unaware, “video-bars” and “video rooms” in clubs and bars were kinda popular in the late 1980’s and early 1990’s. Mainly because, they played videos from groups that were not aired on MTV or anywhere else.

Oh sure, MTV dedicated 2 hours to “alternative music” on Sunday nights on their “120 Minutes” show, but you prolly weren’t gonna hear much from the fringes. These are bands that received no airplay on radio. Many of them did everything themselves, had their own record labels, did all their own….everything. This made artwork important. Hell…they’re artists.

But yeah, buying an album because of the cover and the artwork, and the name of the band, and the name of the album, and the names of the songs, all from a band you never heard of, and neither had anyone else. Metallica’s album Kill Em’ All was prolly the first album I personal bought without knowing who the hell they were, but I digress.

Here’s a better quality audio version of the same song.

So back to video bars and rooms, yeah…VJs. I wonder where that phrase originated? Think of it like this…

Q: Why are music videos so popular?

You find a band and/or so that you REALLY like…

I personally am kind of wishy-washy in that regard, because many groups that I listened to in the mid-1980’s to early 1990’s had broken the mold. There may only be 1 or 2 guys making all that music, and they were still trying to figure out how to play live along the lines of how commercialization had steered the perceptions of what a live performance should be.

Howard Jones is the first person that springs to mind with me, because as I understand it, it was just Howard, on-stage alone with a shitload of keyboards, end of story. Not a popular thing for a bunch of kids who were raised in the 1960’s/1970’s, who were paying hard-earned money to go see some razzle-dazzle and craziness.

Q: Would you pay to see someone live, if it was just them playing a piano on-stage?

What if it were Billy Joel? Elton John?

Q: Why do you think that plastic(s) last so long?

Yep…I’m gonna go there. I mean, I brought up cell-division in the previous whatever turned missive…so…let’s talk about age.

So…someone(s) I know, mentioned something about cell-division, along the lines of…

“you know…the very first organism that ever divided, may in fact, still be creeping around Earth/Terra.”

Kind of a heavy thought, eh? I mean, especially with all of this bullshit about “searching for The God Particle” and all that, not to mention a lot of the stuff surrounding the dividing and divisions within religion(s) and philosophy(s). Talk about some long division. That’s some long motherfucking DIVISIONS there. But let’s digress a bit, and get back to that thought of maybe why plastics are around for so long.

NOTE: The song above is fucking hilarious. It’s always been hilarious, but this is a remake, and Ice-T did a fucking INCREDIBLE job in remaking it. gj…well played.

OK…so back to Voynich. Are you sure that it reads front to back?

What about back to front?

What about…back to front THEN front to back?

What about back to middle AND front to middle?

What about placing the book on it’s cover, as if you were going to read it back to front, but first turned it 90° to the right? 90° to the left?

What if the two missing books contained a marker or markers that pointed to a specific place/page to start?

What if there are MULTIPLE clues, and that the book has to be turned MULTIPLE times and viewed from MULTIPLE angles from MULTIPLE perspectives in order to be able to start to understand this book and why it exists at all.

Meaning, maybe there are MULTIPLE solutions, up to, and including, no solution at all/none to be had. Quite a dynamic planet we have here. Lot’s more than just us here.

Lots to think about there. Lots of people and stuff has surrounded that book for a long time now. The Earth/Terra has spun for a long time during that time. Lots of wheels to consider. Then again, maybe I had it right the first time, and there’s nothing to solve.

Maybe it’s already been solved, and someone is just being tight-lipped about it “for security purposes”.

But that gets me to thinking about pretexts and qualifications. Take the following video, for example. There’s a bit in the video where Slash is standing outside of a church, playing his guitar, and he has a cigarette hanging out of his mouth. Even tho my father and many relatives smoked, WE were always taught that people that smoking were fucking idiots and morons. This was confusing. But as a result, we bought into it since we ourselves, as kids, did not smoke.

The point is, that we looked at EVERYONE differently. “A” smoked, and “B” did not. We were encourage to look up to those that did NOT smoke. Which means that when we found out that “B” did in fact smoke, but hid that fact from everyone…We were SHOCKED.

Yeah…even after all that depressing shit. 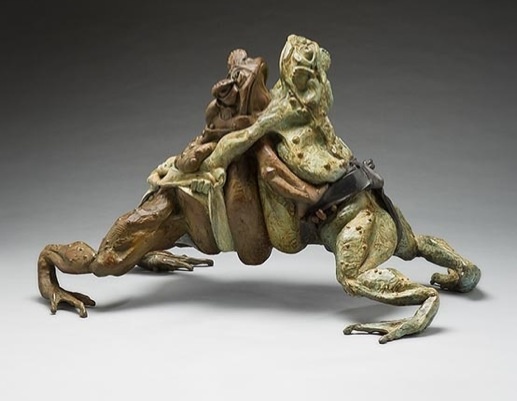 Nope…that’s not it either. Although…that “fine dust” that is spread everywhere and causes festering boils on people and animals does have a “Morgellon’s” kind of ring to it.

Unexpected this is. Nah…just fucking wit ya. I get sidetracked all the fucking time. Sidetracked is my milieu. So yeah…that wasn’t what I was looking for either…

Sorry, I really am laughing my head off here. I was just typing away on that previous thought, when the following song starting playing in my playlist. I started laughing like an idiot, because I had just read that bit in Genesis about Jacob wrestling with God…and suddenly…I realize that I am hearing…

So yeah…that’s kinda how Synchronicity works. But not really. That’s just a single personal experience, that was convenient enough to share, so I did. To me, synchronicity doesn’t “work”…it is, or it isn’t. It’s personal. It’s always and forever…personal. Some, galactic street sign that you, for whatever reason, needed to see or hear or experience in some way. To qualify it is your job and no one else’s.

Think of it like this…I personally do not know whether there is a God and or God(s) or Demons or Angels or Ghosts or any shit like that. HOWEVER…this planet that I was born on? There are motherfucking SHITLOADS of people that do. There are FUCKTONS of stories through the ages of all of that bullshit and more. So…why discount it?

I do know this, the more that I think about the audacity of certain religious groups in their predictions and prophecies and estimations and guesstimations, the angrier I get. Not everyone is a Christian. I know I sure as shit ain’t. The only person that I know of that was ever “Christ-Like”…was Christ.

And for the record…life, and it’s propensity to continuance, is our first clue. Hells Bells…it’s our ONLY fucking clue. Can’t find clues if you aren’t alive.

make it up as we go.

My holiday is now over, Dear Reader. I’m back to work tomorrow…

*I wonder if the office was busy, Clicky… /lights up… Apparently teachers didn’t get paid last week… /puffs… Phew! Not down to me…*

… But come back anyway for the second installment of wholesome missiveness from The Okie Devil. And… Have a Song 😀