Whilst twittering with Hugo, he sent me a link to a story written by a Clemmie, about a dead girl called Ruth Turner, who talks to her celeb sibling via psychics… 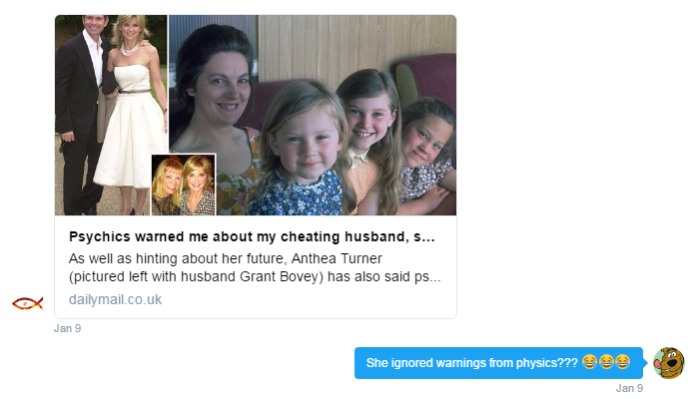 ‘Tis true, mediums may facilitate convos with her dear departed sis (15), but Physics warned Anthea (56) about her husband’s philandering with Zoe (27) a socialite… 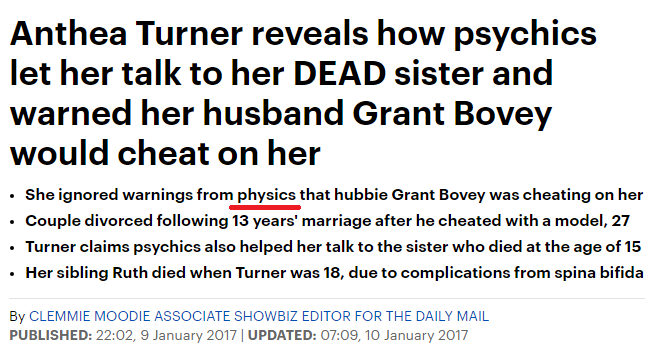 Poor Anthea’s career trajectory had taken a sharp downward turn from the zenith of ‘TV Golden Girl’ after she sold out on her wedding day to a Snowflake.

The psychic story has already been updated once, and Physics remains, so it can’t possibly be a typo 😉

I received a missive from the Okie Devil that includes a famous physicist’s diagram. Had a bit trouble with Clicky… The lest said the better… But was also interested to hear Cade talk about ESP…

Um…no. I am not saying that. You said that. That said, I don’t think that ESP is what most people think it is. I think that it is much more complicated, detailed and complex than simply…ESP. But then again, I see both the “scientific” and “religious” sides of such a concept, and I see much much more than one or the other.
EXAMPLE: Have you ever been outside on a nice day, irrespective of the weather type/conditions. and just been like…”HELL FUCKING YEAH!!! WHAT AN AWESOME PLANET!!!”?
To me, that is ESP as much as anything. It’s almost as if God/The gods/The Universe is asking you…
“So…whadda ya think?” And then, give you a little wink…;-)
That feeling of being alive. NOT self-awareness…I’m talking about something else entirely. That feeling that NOTHING matters in this moment except the moment itself. Just you, and that moment, and all that came together over the history of histories, and over the time of times….just to make that one perfect moment for you. It’s almost as if God him or herself dropped by in that moment, just to say hi. No worries, no birth, no death, just…now.
Those moments last forever eh?
To me, that is just one form of what could be called ESP.
The Creator’s love is something that we tell ourselves we cannot understand.
But sometimes, we understand it just fine.
Fucking-A and Hells Bells and all that shit! Prayer is ESP if you ask me.
But no one is asking me.
Unless they are.

*Oh yeah, Clicky, Clemmie’s short for Clementine… Someone specifically mentioned that name… /thinks… When was it, Sunday?* 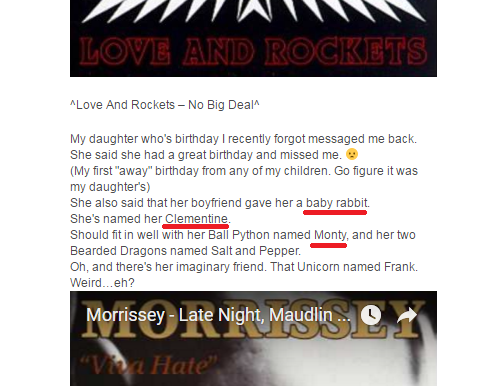 *And Hugo just published his story about Nazi bunnies…*

*Well yeah, Clicky, most of the characters are rabbits… /raises hand and points… Don’t start…*

Later in the evening I posted a couple of knot-eyes over on Red Frank’s MEROVEE. Head of the European Central Bank, Mario Draghi, and a number of Italian politicians had been hacked by a ‘high-ranking Mason‘, and the breathless ‘news’ out of CNN and Buzzfeed that Donald Trump had procured himself some showers.

Blue Frank put up a new post that featuring not only a Mason playing a high-ranking Nazi, but also a Monty… 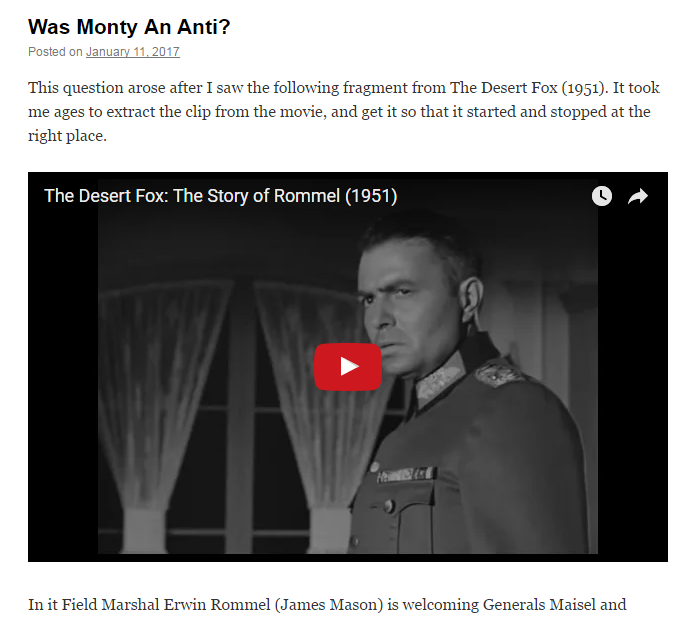 Ah the Nazis, supreme coiners of the euphemisms like ‘Passivrauchen‘ (‘Secondhand Smoke’), you just can’t beat them… Quite literally it seems, as news of the growing menace of ‘Secondhand Sugars’ was announced to the world…

Meanwhile, a roller coaster at Warn Her Bros in Oz had broken down, stranding riders…

… Just as the Trump revelations looked to be turning into a secondhand hoax..

Dear Reader, make of  this as you will but I feel in need of a Song. Doo have one…