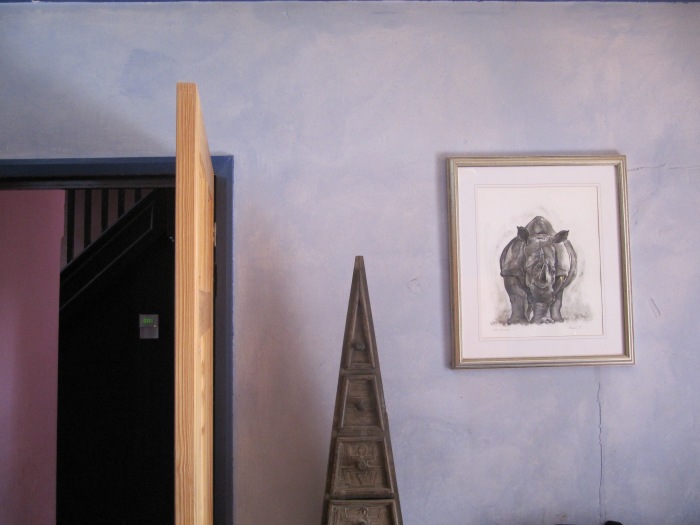 *Really Clicky, did you have to use that photo? It’s not exactly hanging straight…*

Following the death (and global outrage at the manner of said death) of Cecil the Lion I’ve been listen to some talks by Wes  Cecil on philosophers. Merovee’s Viktor put me on to him.

Before delving straight in, I sought a review.

Wes Cecil is another favorite of mine when it comes to introductory philosophy courses. Cecil is a philosophy professor at Peninsula college and focuses on the biography and work of a different philosopher with each lecture. What I especially like about him is the fact that he treats major philosophers from many camps: analytic philosophy (Ludwig Wittgenstein and Bertrand Russell), pragmatism (William James), continental philosophy (Jacques Derrida, Karl Marx, and Friedrich Nietzsche), existentialism (Jean-Paul Sartre and Simone de Beuvoir), and even christian mysticism (Simone Weil). Cecil has a wonderful sense of humor and gives even the most seasoned theorist a new way of explaining the significance of these major philosophers to just about anyone. I thought of including Cecil’s lectures here because of how many times I have quoted his Jacques Derrida lecture in attempting to explain Derrida’s significance to linguistic philosophers. Trust me, these a great.

Buoyed up by that, I decided to start with Nietzsche as I was a little familiar with him.

*Thanks Clicky! Have you got the link to the talk? The review is not wrong…*

After a slight diversion, and having the day off today, I decided to hear all about Bertrand Russell…

… Who I had not looked at before, and his protégé, Ludwig Wittgenstein…

… Who I was slightly familiar with through fiction…

*I know Clicky… /sigh… Still libraries do carry tomes and someone, some day might want to check it out…*

*Good point, Clicky! When push comes to shove I’ll be able to check it out again for myself in the future… Got a song to round it off, Click?*

2 thoughts on “The Rhino in the Library”