‘In Wuhan, a steel-gray sky hung over the melancholy day of Li’s death. An impromptu memorial of flowers, a black-and-white photograph and singed cigarettes — a stand-in for joss sticks — formed at the entrance of the hospital where he had died.’ 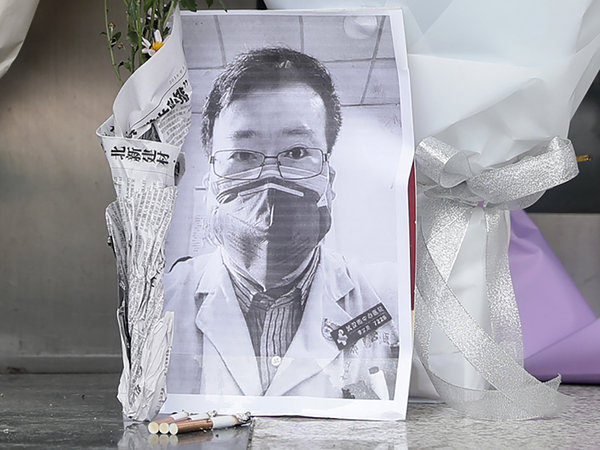 *Simple butt powerful though, Clicky… /Lights up… Ironic considering smokers are made to stand out… /drags… side…* 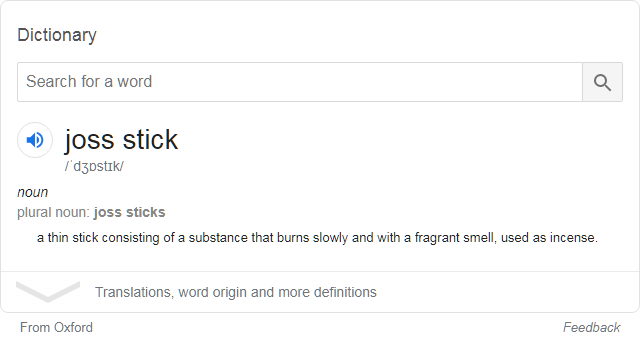 late 13c., “gum or other substance producing a sweet smell when burned,” from Old French encens (12c.), from Late Latin incensum “burnt incense,” literally “that which is burnt,” noun use of neuter past participle of Latin incendere “set on fire” (see incendiary). Meaning “smoke or perfume of incense” is from late 14c.

early 15c., encensen “to arouse, inspire,” from Old French incenser, from Latin incensare, frequentative of incendere “set on fire,” figuratively “incite, enrage, rouse” (see incendiary). From mid-15c. as “to provoke, anger.” Literal sense “to heat, make (something) hot” is from c. 1500 in English but is rare.

“to offer incense, perfume with incense, fumigate (something) with incense,” late 13c., encensen, incensen, from incense (n.) or from Old French encenser (11c.), or directly from Medieval Latin incensare.

This week, Dear Reader, I have been incensed. Why? Lots of reasons. I should have known from the start… 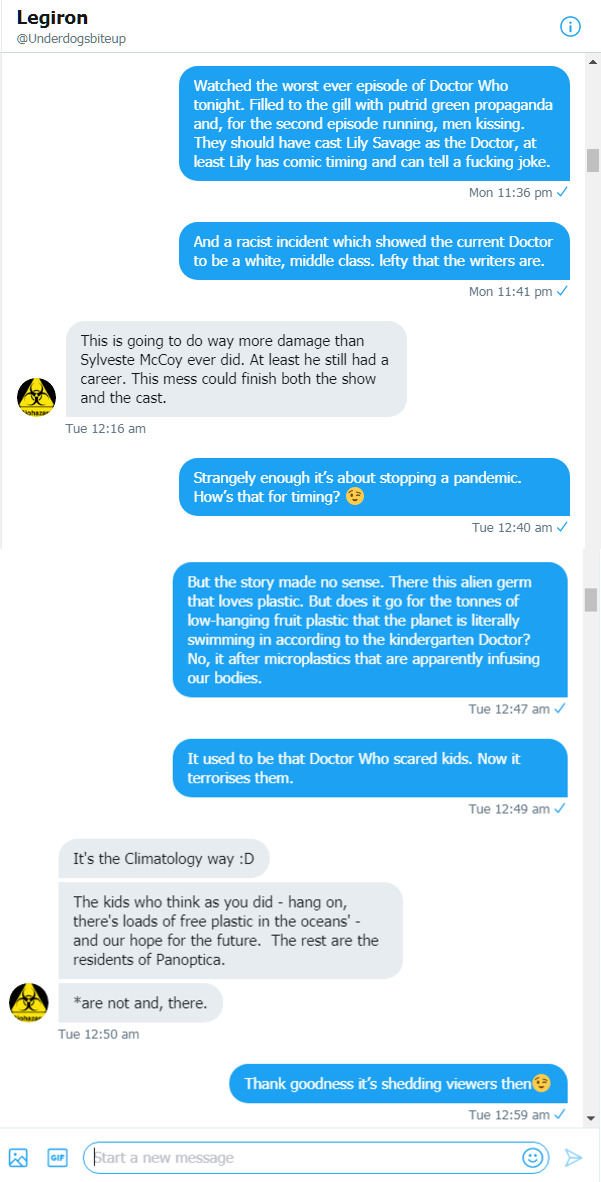 *It can lead to some awful decisions taken… /eyes fag packet…*

*Ah, when the Doctor and assistant had at least some chemistry between ’em…/flicks lighter…*

That is all, Dear Reader. Have a Song.

13 thoughts on “Incense To In Know Sense”