Dear Reader, today is a momentous date at the LoL: Thing One and Thing Two have reached the Age of Majority; Loopy and Kit-Kat or ‘Lucifer’ and ‘Christ’ as I frequently referred to them whilst they were kicking the hell out each other and my womb 18 years ago, are celebrating their birthday…

*/lights up… They were scheduled to arrive on 11th September 2001… /drags… but popped out 20 daze early, Clicky… /streams smoke… That was fucking numbing, watching the twin towers fall, with tiny twins sleeping soundly in their rockers, by my feet…*

So, for a bit of fun, I thought I’d look at the 23rd August in history, to see what I could shamble up for such an auspicious date. And I’m gonna start with plane crash because of, well, because of a ‘Pointless sync’ that I told Cade about… 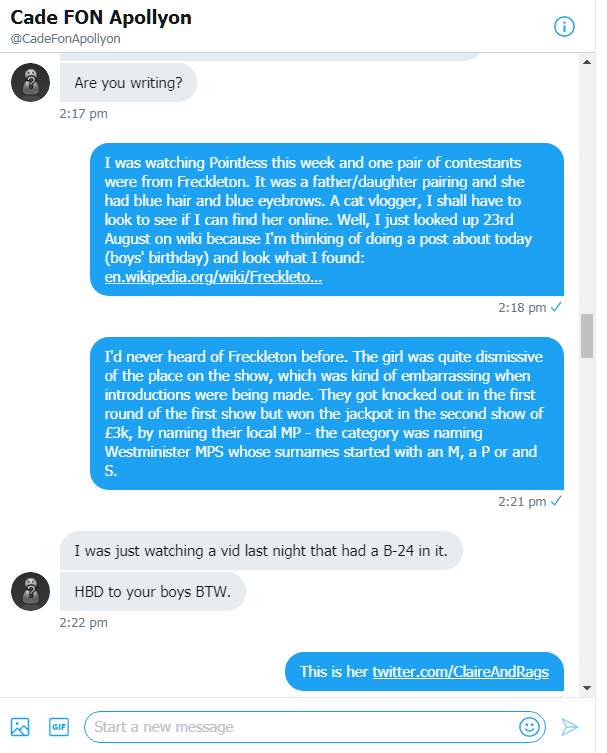 */flicks ash… Looks like her MP’s a Remoaner, Clicky… /drags… A bit too fond of a plane trip or two by the looks of it… /smokes…*

‘The Freckleton air disaster occurred on 23 August 1944, when a Consolidated B-24 Liberator of the United States Army Air Forces (USAAF) crashed into the centre of the village of Freckleton, Lancashire, England. The aircraft crashed into the Holy Trinity Church of England School, demolishing three houses and the Sad Sack Snack Bar. The death toll was 61, including 38 children.’

… Sixty eight years, or 816 months, after the Freckleton air disaster, there was another aerial crash. This time of a Ball-Lune…

‘On 23 August 2012, a hot air balloon crashed in stormy weather on the Ljubljana Marshes in central Slovenia, killing 6 of the 26 people on board.’ 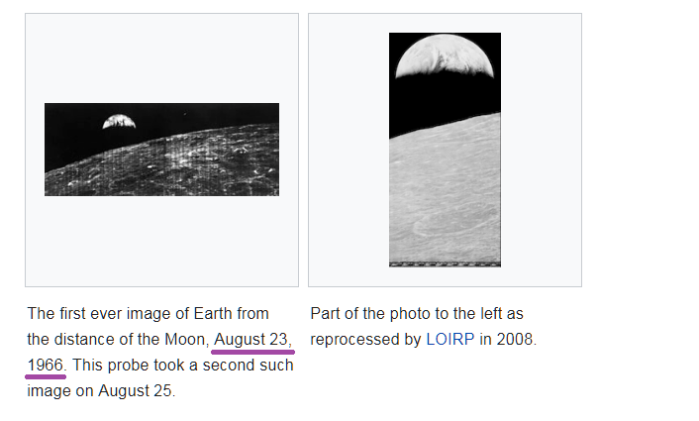 *Or Toast, Clicky… /breaths out smoke…*

… The 23rd August was the last day on Earth for many Pompeians in AD79. Or maybe not…

‘Archaeologists in Italy have uncovered an inscription they say may show that the history books have been wrong for centuries.

‘Historians have long believed that Mount Vesuvius erupted on 24 August 79 AD, destroying the nearby Roman city of Pompeii.

‘But now, an inscription has been uncovered dated to mid-October – almost two months later.

… A mere 1,819 years after that, the date marks the start of the Southern Cross expedition, which ushered in Antarctic exploration and paved the way for the likes of Amundsen, Shackleton and Scott…

‘Despite the groundbreaking achievements in Antarctic survival and travel, Borchgrevink was never accorded the heroic status of Scott or Shackleton, and his expedition was soon forgotten in the dramas which surrounded these and other Heroic Age explorers. Roald Amundsen, conqueror of the South Pole in 1911, acknowledged that Borchgrevink’s expedition had removed the greatest obstacles to Antarctic travel, and had opened the way for all the expeditions that followed.’

… And 10 years before the arrival of my beloved Things One and Two, the world was already wrapped up for them in a net…

Have a good we-kenned, Dear Reader, and a Song ❤

7 thoughts on “One Or Two Things…”